World Day for Indigenous Peoples occurs this year on August 09.  We reproduce here the work of Maori Marist Seminarian, Hemi Ropata, which first appeared in Today's Marists - as "I am the Land - Indigenous Reflections on Laudato Si"

The indigenous Maori people of New Zealand claim a connection to land that is both profound and formational. We say 'ko au te whenua, ko te whenua ko au.' which means, 'I am the land, and the land is me.' This is not a metaphor – in Thomistic terms we might say that the land is substantive to who we are. It is the foundation of our identity and of our being.

And yet, the land is dying. Pollution and commercial run-offs poison our waterways. Climate change affects the availability of natural resources. Traditional seafoods that were once plentiful and available, even in my own childhood, have been overfished and effectively have disappeared. Only 11% of Maori are proficient in their own language. Maori make up 14% of the New Zealand population and 50% of the incarcerated population (the discrepancy is worse for Maori women who make up 63% of the female prison population). Two-thirds of all people shot by police are Maori. Maori who work earn $140 per week less than the general population. Maori children live in 'material hardship.' Maori suicide rates are nearly twice as high as those of non-Maori. 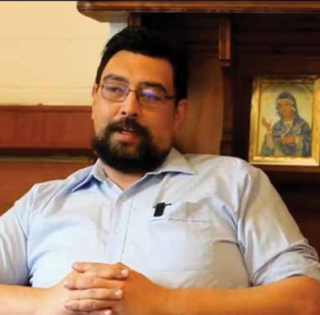 It might seem strange that I have listed Maori inequality statistics alongside the effects of pollution and climate change.

Recall that for Maori, the land and the person are inseparable. Where in Laudato Si' Pope Francis states that "the human environment and the natural environment deteriorate together" (48), keep in mind the Maori position: the human environment and the natural environment are the same thing. So, it is reasonable to think that the continued degradation of the earth correlates with poor social outcomes for Maori because ecology is a statement of human dignity. It is truly an issue of social justice. The proper care of the earth corresponds to the proper care of our brothers and sisters. Political structures that hand over resources to the powerful perpetuate systemic racism. Unfettered greed and destruction lead only to death. To paraphrase Patriarch Bartholomew, "to commit a crime against the natural world is a sin against ourselves, a sin against one another, and a sin against God" (Laudato Si' 8). It is [a] violence against the poor and the oppressed. 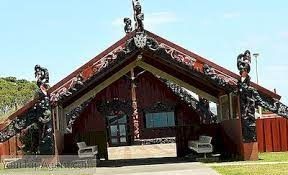 Therefore, what is the Christian response? Pope Francis speaks extensively on an integral ecology, one that realizes that everything is connected. An understanding of the world in which consumption is replaced with sacrifice, greed with generosity and wastefulness with a spirit of sharing. A way of loving, moving gradually away from what I want towards what the world needs, a liberation from fear, greed and compulsion (See Laudato Si' 7). And what of a Marist response? This might be illustrated in three Maori concepts: whanau (family), manaakitanga (care and hospitality) and kaitiakitanga (guardianship). Everything is connected and so all of creation is one family given to one another for the benefit of all. In the same way that St. Francis was called to care for all that exists, so too are we called to care for and show hospitality to our brothers and sisters. Ownership is a foreign concept to Maori; rather, having possessions was only for the purpose of serving future generations.

Nevertheless, despite all the injustice in the world, there is still hope. For hope "speaks to us of something deeply rooted in every human heart, independently of our circumstances and historical conditioning. Hope speaks to us of a thirst, an aspiration, a longing for a life of fulfilment, a desire to achieve great things, things that fill our heart and lift our spirit to lofty realities like truth, goodness and beauty, justice and love…. Hope is bold" (Fratelli Tutti 55). Perhaps as Marists we are called to live in love so that goodness, beauty and justice can prevail, and so that we can promote the boldness of hope to future generations. 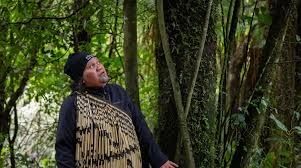 Indigenous Peoples, Pope Francis said, with their "variety of languages, cultures, traditions, knowledge and ancestral methods", should "become for all a wake-up call, which highlights the fact that we are not the owner of nature, but the ones who manage it."

These peoples, the Pope noted, "are a living cry of hope. "They know what it is to listen to the earth, to see the earth, to touch the earth." They remind us that we human beings have a shared responsibility to care for our "common home". "And if certain decisions taken so far have ruined it", he said, " it is never too late to learn lessons and acquire a new way of life." 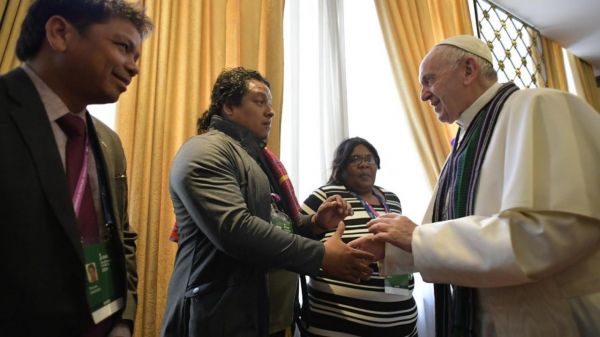 There are over 476 million indigenous peoples living in 90 countries across the world, accounting for 6.2 per cent of the global population. Indigenous peoples are the holders of a vast diversity of unique cultures, traditions, languages and knowledge systems. They have a special relationship with their lands and hold diverse concepts of development based on their own worldviews and priorities.

Although numerous indigenous peoples worldwide are self-governing and some have been successful in establishing autonomy in varying forms, many indigenous peoples still come under the ultimate authority of central governments who exercise control over their lands, territories and resources. Despite that reality, indigenous peoples have demonstrated extraordinary examples of good governance, ranging from the Haudenosaunee to the National Congress of Australia's First Peoples.

The COVID-19 pandemic has exposed and exacerbated many existing inequalities, disproportionately affecting populations all over the world that were already suffering from poverty, illness, discrimination, institutional instability or financial insecurity. From the perspective of indigenous peoples, the contrast is even starker. In many of our societies, the social contract, at the very least, needs some revision. 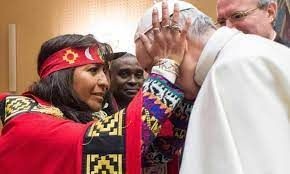 The Pandemic & the People of God
Inter-religious Dialogue in Japan

Thank you Hemi for this profound article and Ben for posting it. I will pass this one on.

Cancel Reply
Thank you Hemi for this profound article and Ben for posting it. I will pass this one on.
Cancel Update Comment

Thank You Hemi, for this very interesting and profound article. It shows how important the work of caring for the earth is and renewing our connection with it.
Have a good day and week ahead. Ivan Vodopivec

Cancel Reply
Thank You Hemi, for this very interesting and profound article. It shows how important the work of caring for the earth is and renewing our connection with it. Have a good day and week ahead. Ivan Vodopivec
Cancel Update Comment

Peace. This is a terrific article by you, Hemi. it could have been the story of any minority group - the principles are universal. Pat Muckian.

Cancel Reply
Peace. This is a terrific article by you, Hemi. it could have been the story of any minority group - the principles are universal. Pat Muckian.
Cancel Update Comment