Fr Kevin Medilo sm, has just completed his Licentiate on Inter-Religious Dialogue:  his thesis is Living Together in Peace Through Interreligious Encounter: Christian and Buddhist Dialogue in Myanmar.   Kevin shares some of work with us here: on the Feast of St Francis, and the day after Pope Francis signed his Encyclical: "Fratelli Tutti"

There is a growing global awareness and realization of the crucial role of interreligious dialogue among the religious believers in the quest for world peace and sustainable development.

For years, the United Nations agencies have partnered with faith-based organizations and inter-religious groups to work for lasting peace and development in many parts of the world. In 2018, United Nations established the Multi-faith Advisory Council composed of various religious leaders to work together on issues related to the universal 2030 Agenda for sustainable development and lasting peace. UN Deputy Secretary-General Amina Mohammed has acknowledged that, "Faith-based organizations have a critical role to play. Your core values are largely in line with the 2030 Agenda. This is true whether you are Christian, Buddhist, Hindu, Jew, Muslim or any other major faith."

The Catholic Church is a major force in the area of inter-religious dialogue inspired and urged by the teaching of the Second Vatican Council in 1960's. Vatican II has officially proclaimed that by virtue of Christian faith, Catholics are called to dialogue and engage with believers and followers of other world religions as part of Christian witness. 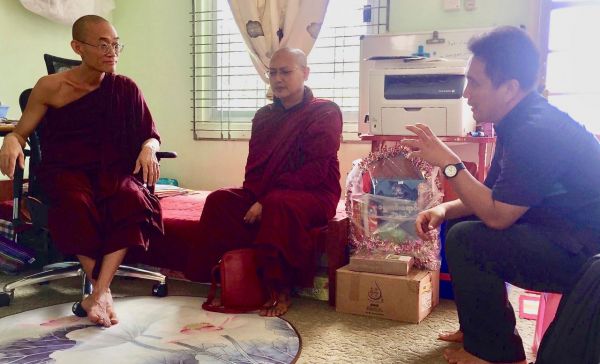 Fr Kevin meets with Buddhist Monks from Myanmar, in Thailand

Vatican II's Lumen Gentium presents a more positive theological vision towards other world religions. It teaches that God's offer of salvation is available for all peoples, "the whole of mankind, for all people are called by the grace of God to salvation." (LG, 13)

Lumen Gentium number 16 is more explicit in addressing the universality of salvation when it teaches that, "But the plan of salvation also includes those who acknowledge the Creator. In the first place amongst these there are the Muslims, who, professing to hold the faith of Abraham, along with us adore the one and merciful God. …Savior wills that all people be saved..." (LG, 16)

Nostra Aetate articulates the Catholic Church's important duty to "foster unity and charity among individuals and even among the nations. "The Church believes that, "all people form but one community "because all people share a common origin and a common destination in God and His providence and love extend to all the peoples. (NA, 1)

Nostra Aetate concludes with the call for universal fraternity and for all people to be artisans of peace. It declares that, "We cannot truly call on God, the Father of all, if we refuse to treat in a brotherly way any person, created as each is, in the image of God." In recognizing the 'others' as brothers and sisters will lead us to live in peace and harmony in the midst of religious and cultural diversity. 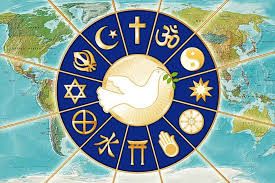 In his pontificate, Pope Francis has given more emphasis to the critical role of inter-religious dialogue towards global and national peace and unity for the whole human family. In his address in Abu Dhabi (2019), Pope Francis pleaded to religious leaders, believers and to all men and women of goodwill to collaborate in building-up the human family. The pope said: "There is no alternative: either we will build the future together or there will be no future. Religions in particular cannot renounce the urgent task of building bridges between peoples and cultures.

The time has come when religions should more actively exert themselves, with courage and audacity, and without pretense, to help the human family deepen the capacity for reconciliation, the vision of hope and the concrete paths of peace."

An Asian country like Myanmar (also known as Burma) is an example where inter-religious dialogue plays a critical role for the nation's peace building and reconciliation. The country's national leader Daw Aung San Suu Kyi believes that "placing emphasis on interfaith dialogue as a path to peace underscores the vital and indispensable role that religious leaders play in shaping a peaceful world. "She supports the need to "promote interfaith dialogue. Respect and understanding for religious and cultural diversity would contribute to lasting peace and security. 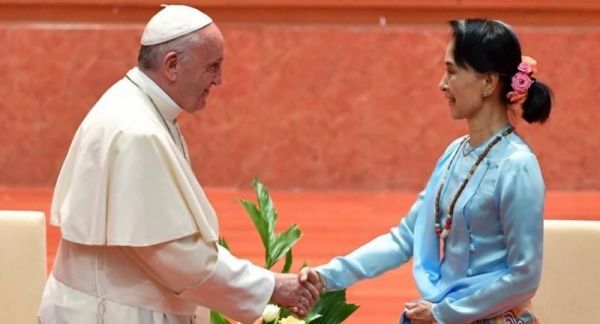 On its national 2014 census, Myanmar has an ethnically and religiously diverse population of approximately 51.4 million with 135 different ethnic groups. However, Rohingya people are not officially recognized by the government as one of the ethnic minorities. The country's diverse religions include Theravada Buddhism (approximately 89%), Islam (4%), Christianity (4%), and other religions (3%) including Hinduism, Bahai, Judaism, and indigenous animism.There are about 700,000 Catholics, almost 1% of the population, coming mostly from ethnic minorities. The Catholic Church in Myanmar celebrated its 500 years of presence and mission in 2011.

Myanmar is on the crossroads of becoming a free and democratic nation with promising political and economic reforms after decades of oppressive military rule and dictatorship.

For more than six decades most of the people particularly the ethnic minorities, many of them are Christians and Muslims, have suffered extreme poverty, economic mismanagement, systemic corruption, massive human rights abuses, environmental degradation, brutal oppression of the ethnic groups, religious persecution, and forced migration and displacement of millions of its citizens.

During his pastoral visit in Myanmar (2017), Pope Francis personally made a heartfelt appeal to Christians, Buddhist and the entire population to work together for peace for the "future of Myanmar must be peace, a peace based on respect for the dignity and rights of each member of society, respect for each ethnic group and its identity, …. respect for a democratic order…"The pope expressed confidence that "Buddhists and Catholics walk together along this path of healing, and work side by side for the good of everyone who lives in this land… sowing seeds of peace and healing, compassion and hope in this land. "He stressed that the religions can play a significant role in "repairing the emotional, spiritual and psychological wounds of those who have suffered in the years of conflict.

Myanmar's Cardinal Charles Maung Bo sadly describes the long misery of Myanmar people. "This earthly paradise was mutilated into a virtual hell. Sixty years of festering conflicts. Armed groups from every tribe! The Irrawaddy river, the mother of all of us is the mute witness to rivers of blood that soaked the earth."

In responding to these challenges, Cardinal Charles Bo is calling for dialogue among all the Myanmar people who come from different religions and ethnicities. He calls the leaders and members of various religions and ethnic groups to engage in dialogue to seek and achieve "true peace and real freedom... respect for ethnic and religious diversity." He believes that through interfaith and multi-ethnic dialogue the "peace process, has a chance to healing wounds, building trust and leading to a meaningful peace." 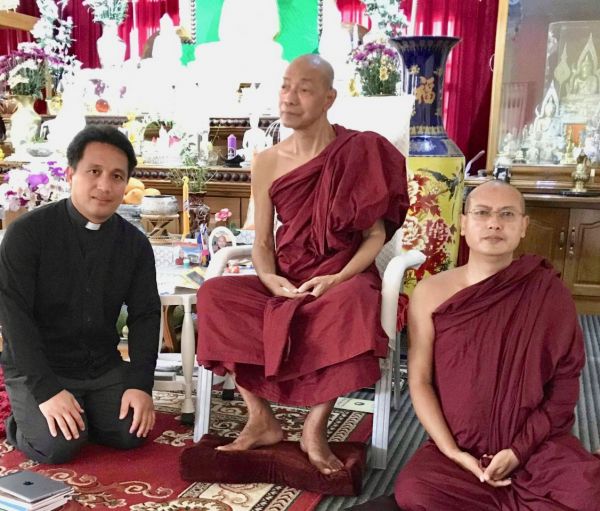