Praying and Working for the Project

Our Marist Confreres in Bahia, Brazil are developing a Marian Ecological Project, and send this report:

Humanity at the moment finds itself with an urban environment where contact with nature is increasingly difficult and this is creating social and environmental problems such as: air pollution, destruction of natural resources, local climate change, floods, slips, lack of recreational space as well as psychological difficulties associated with an excess of information and the stress of daily living. This being the case it is necessary to maintain the green space that belongs to the Parish of Our Lady, Mother of God and Humanity (Caetité Diocese) in Palmas de Monte Alto, Bahia. We need to look urgently at the question of erosion that occurs during the rainy season in order to correct this problem and to create a sustainable area that is conducive to pray and reflection for those who use this space. We hope to preserve the green area that is part of the Eliza Laranjeira Moura Square with the construction of an underground dam and the building of a living plant fence in order to conserve the soil and its humidity. This will also help the native trees that have already been planted and allow for the construction of a pathway with the Seven Sorrows of Our Lady. 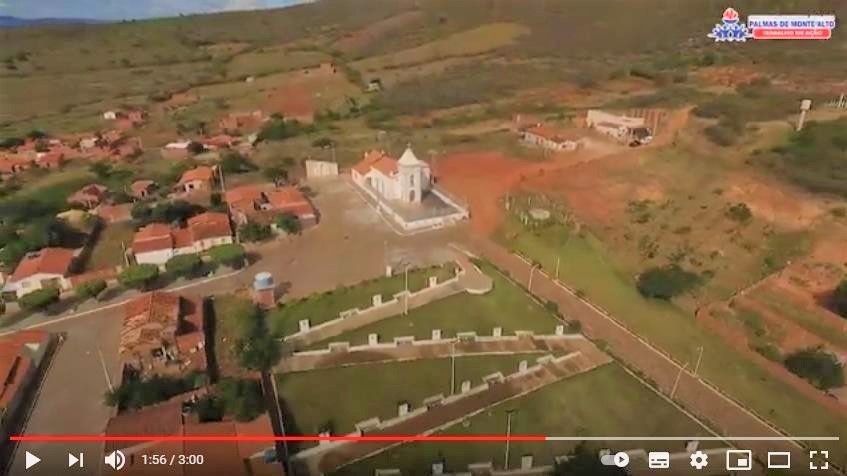 Given the high level of human degradation of the natural ecosystems the preservation of biodiversity is one of the great challenges of this century. One of the principal consequences of this upheaval is the breaking up of natural ecosystems, especially in urban areas as the result of unplanned occupation of land and areas unsuitable for habitation. As well as these changes humanity also suffers from the daily stress of living in urban centres created by an excess of information and this creates health problems for the general public. As part of this process more urban spaces are losing their green areas to concrete and this causes the inhabitants to lose their relationship with nature and also moments of recreation and social interaction.

Green areas of a city include all the spaces that have some form of plant coverage whether they be natural or implanted, such as areas of permanent preservation, public parks, and squares that have green areas destined for recreation. With this global vision of the theme it is obvious the importance of these areas for the creation of a city because a part from providing a form of urban beauty they have other functions such as hygiene, aesthetics, recreation, the economic valorisation of neighbouring properties, increasing the quality of life in the locality and the defence of the environment. When these spaces are destined for prayer and reflection there is an even greater importance due to the interaction with the trees, birds and other forms of wild life. Here the person comes into contact with his Creator and his creation.

Gomes(2005) points out that green areas have an importance from the point of view psychological and social because they influence the state of mind of person who have been stripped of their individuality due to challenges of city living. The author also affirms that vegetation offers other benefits such as, for example, the combat of air pollution through the process of photosynthesis, control of humidity and air temperature, maintenance of the fertility of the soil and combats erosion.

When we look at the quality of life green areas create temperate spaces due to the fact that they form micro-climates, remove air pollution, reduce noise pollution, purify the air and the vegetation forms a living border for historic monuments and buildings (Troppmair; Galina, 2003).

The green area of the existing Eliza Laranjeira Moura Square in Palmas de Monte Alto needs more care, especially in view of soil conservation and its humidity. As it is part of the semi-arid region of Brasil, where there are plenty of rocks and low soil humidity due to the thin layer of organic material it requires extra care. It is also on a steep slope which favours erosion. With an estimated population in Palmas de Monte Alto in 2015 (according to IBGE 2010) of 22,416 inhabitants it is a small city that over time has presented a number of environmental problems. It has become necessary to maintain the green areas of the town with the construction of underground dams, living fences in order to avoid further erosion and maintain soil humidity, and to encourage areas of recreation, cultural expression, and religious activities. 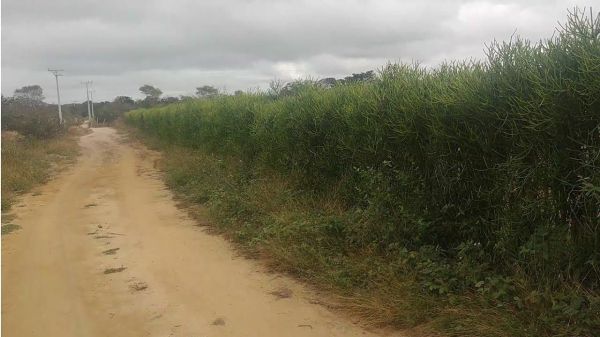 The green area where we will invest our resources is the Eliza Laranjeira Moura Square, that belongs to the Parish of Nossa Senhora, Mãe de Deus e dos Homens (Diocese of Caetité, Bahia) within the Municipality of Palmas de Monte Alto (Latitude 14o16'02" S; Long. 43o09'43"W; Altitude 802m) with an estimated population in 2015 of 22,416 (IBGE 2010). The Municipality gained political independence on 18 May, 1840 and is at the edge of the State Park Serra dos Montes Altos where there is a predominance of cerrado/caatinga biosystem.

The Eliza Laranjeira Moura Square is about 600m2 (Six hundred square meters) made up of the Church of Nossa Senhora Mãe de Deus e dos Homens built in 1742 by slaves and houses two statues that came from Portugual at that time and 15 Stations of the Way of the Cross as shown in figure 1.

We plan to fertilize the green area with natural fertilizers and a nitrogen-based fertilizer. Each plant will receive two 20 litre tins of cattle manure and 100 grams of fertilizer. This will be done by a working- bee on a date to be established by the Parish.

The living fences will be made from a plant of the Euphorbia species in places where erosion occurs. Figure 2 shows what the living fence should look like when complete. Each fence will receive one 20 litre tin of cattle manure every metre of extension.

An underground dam will be built in order to maintain soil humidity and to prevent soil erosion. This dam will be built by technicians from civil construction and will use sun-baked bricks made of clay to build a barrier to hold back the rain water. This barrier will be built into the ground. Over it will be put a cover of polyurethane sheeting so that the humidity will be concentrated and the water doesn't drain away in the soil. This technique of storing rain water underground has as its finality to intercept surface and underground water using a wall that is set across the water flows. Rain water slowly penetrates the soil which raises its humidity and it will be used later by the plants that grow there. Figure 3 gives a detailed plan of how the underground dam works. 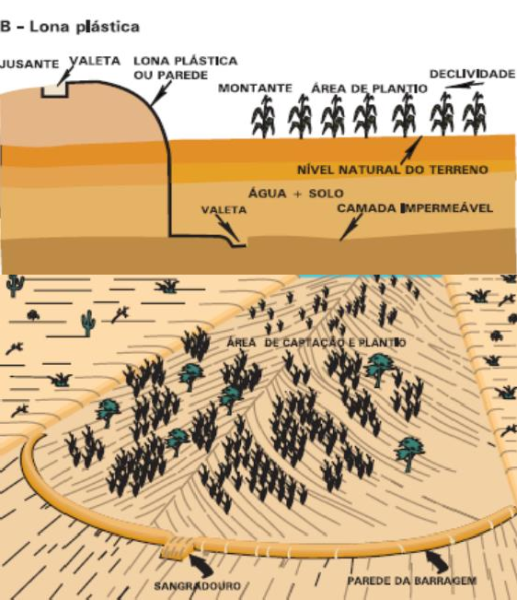 Figure 03. The illustration at the top shows the underground dam with polyurethane sheeting and at the bottom an aerial view of its effect Fonte: Brito (1999). 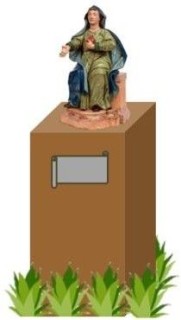 Figure 04. Illustration of one of the Seven Sorrows on its column.

At the end of this project we hope to have a green area fully implanted and well looked after so that it becomes a space of preservation in the center of the town full of a number of plants and trees that are typical of the semi-arid region of Brazil. Hopefully it will be a space that people can visit and have a direct contact with nature and at the same time be used for social, ecological, scientific, cultural and religious activities.

We also look forward to seeing other results from this green area as well such as the reduction of noise pollution, the reduction of CO2 in the atmosphere and other gases which pollute the air and thus better human health 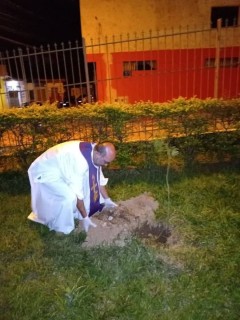 Hello Ben,
This is a most engaging project in Brazil! The planning of the project takes one's breath away! This project deserves another follow up article in a year's time to see the improvements, and engage in some conversation with the leaders and the parishioners to how it is progressing. It certainly gives lots of encouragement to similar projects in Africa and the South Pacific, as in Fiji.

Cancel Reply
Hello Ben, This is a most engaging project in Brazil! The planning of the project takes one's breath away! This project deserves another follow up article in a year's time to see the improvements, and engage in some conversation with the leaders and the parishioners to how it is progressing. It certainly gives lots of encouragement to similar projects in Africa and the South Pacific, as in Fiji.
Cancel Update Comment