Wat Siri students with Brs Jose and Paul fms
Br Paul Murphy fms writes on another Living Water Foundation (LWF) supported school in Thailand:
This school is partially, significantly, and strangely government aided. It is situated near the pleasant surrounds and striking beauty of Wat Sirimonkow in the area of Samut Sakhon about two hours' drive south-west from Bangkok. The two temples (WATS) reflect the spiritual Buddhist culture of both Thailand and Myanmar (Burma). While most of the students are Buddhist there are several Christians too. The school is best described as a day co-educational primary school starting at Kinder and proceeding through to much older children in Grade Six. The school receives very important assistance from our Living Water Foundation (LWF), Marys Meals (MM) and very occasionally from local businesses. The teachers are all Thai whose salaries are paid for by the government! The school is well teacher-resourced as there are 11 teaching staff. Most of the 135 students are children from Myanmar though a handful are from Cambodia, Laos and Thailand. ​

This area is home to a large fishing port on the northern end of the Bay of Thailand, and so fish factories abound. The students' parents are migrant (documented/undocumented) workers mostly involved in the huge frozen fish and canning industry. The parents suffer in the same manner (or worse) as the other groups that LWF serve, by having to deal with greedy, often threatening brokers and industry bosses. On the other hand, the children belie their background as they are generally healthy thanks in part to Marys Meals and neatly dressed in smart uniforms provided for by the government! The students, while understandably a little shy as their world is narrow and confined, seem happy, keen to learn and are socially engaged with each other. The children's school work is outstanding and displays pride in their studies. This is a well-organised school and has trained Thai teachers who are keen to respond to the needs and culture of their children from Myanmar.

The non-English speaking Principal and teachers asked whether two young volunteers could be found to support the teaching of English in the school. There is a special need for the students to practise and engage with each other in English. The staff have limitations as most of them have no English at all. This school is so much more advanced than any of the others that LWF supports and may be seen by cynics to be a showpiece for the government. But whatever, under the gloss these are still kids who suffer from the pressures of being foreigners, sons and daughters of suffering factory workers accidentally caught up in a ​ world of brokers, debt, fear and intimidation in an industry run by a powerful local 'mafia.'​ 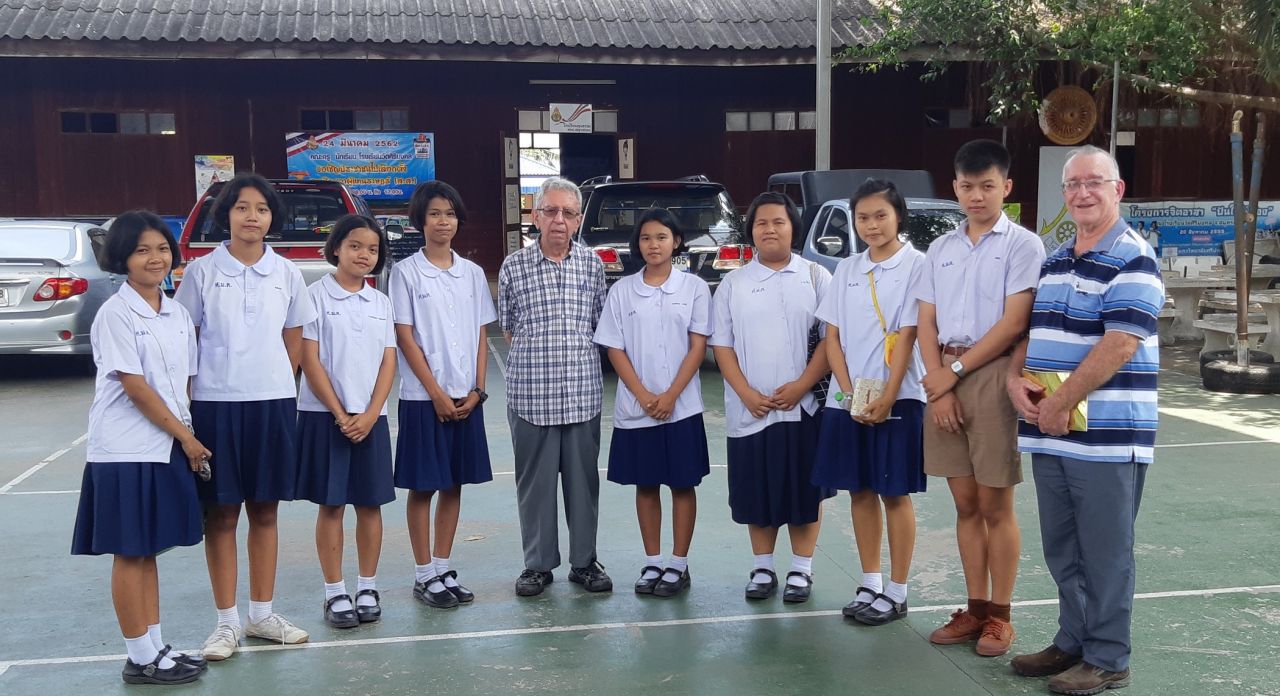 Mind and Body Wellness
Breakfast+ for our Homeless