I love a sunburnt country, A land of sweeping plains, Of ragged mountain ranges, Of drought and flooding rains. I love her far horizons, I love her jewel-sea, Her beauty and her terror – The wide brown land for me!

Core of my heart, my country!  Her pitiless blue sky, When sick at heart, around us We see the cattle die – But then the grey clouds gather, And we can bless again The drumming of an army, The steady, soaking rain. 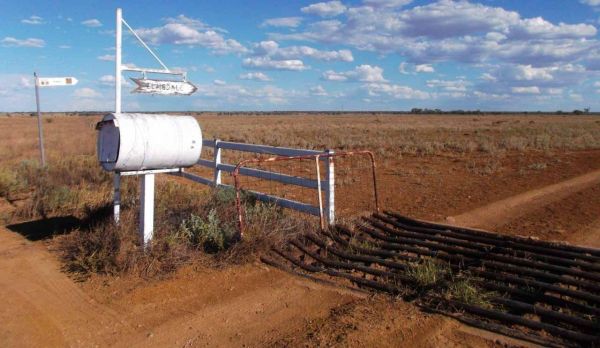 In 2005, Bishop Brian Heenan (Rockhampton Diocese) sent a letter to various religious congregations asking if there was anyone available and willing for ministry in the western parts of the diocese. Mary Kiely, the St. John of God Sister who had been covering the territory in a 4WD for the previous five years had been voted into leadership. For twelve years before that, Annemarie Jensen PBVM, a qualified pilot, had flown a small plane to minister to the people of the "outback". (A real flying Nun).This aerial ministry began in 1981, the plane being piloted by several diocesan priests.

Because of our ageing and the limited number of Sisters the invitation was initially set aside. However, calling to mind Jeanne Marie's Chavoin's attitudes and values, her choice of ministries, her approach to life passed on to us, prompted us to enter a process of discernment, resulting in a decision to accept. Sr. Cath Lacey and I were chosen to respond to Bishop Brian's request.

For readers from the Northern Hemisphere a quick look at a map of Australia is recommended. The Tropic of Capricorn runs through the diocese and extends from the eastern coast of Queensland to the border with the Northern Territory: as the crow flies (i.e., in a straight-line east to west) that's a little over 1200 km. The western part of the diocese begins about halfway along that line. In a north-south direction it varies in places but averages about 400 km. Distances by road are greater.

The original "job" description began with the following statement of the mission:

"To minister to people in the isolated far-flung areas of the western parts of the Catholic Diocese of Rockhampton including areas around Alpha in the east to Bedourie and the Northern Territory border in the west, south to Isisford, Yaraka, Tambo and north to Morella, Aramac and Muttaburra. Such ministry is there for the benefit of the people without expectation of any kind."

For nine years Cath and I were based in a town called Barcaldine (see map of Queensland) but did not minister in the town itself. The laity are very active, and Sr. Rita RSM has lived and ministered there for some 30 years. In 2015 Cath was called to leadership and I continued for a further six years on my own. 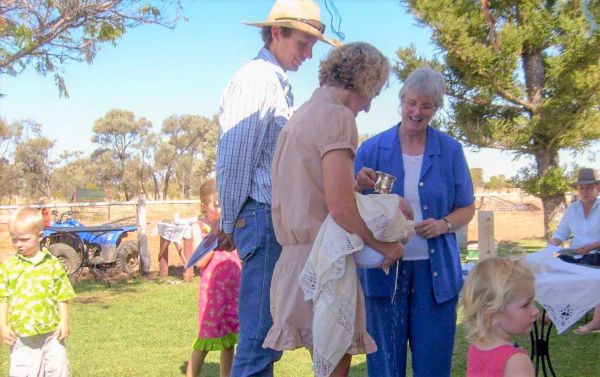 Inland, beyond its coasts, Australia is a dry, dry country. Water, essential for life, is a precious resource and without the GAB, Great Artesian Basin (like a vast underground sea, the water being held in a sandstone layer) which provides water by means of bores, life in these parts would not be possible. Probably the greatest challenge for the people living in these rural and remote places is the climate: with temperatures in the low to mid 40's for some months of the year and the unreliability of rainfall to water the paddocks and grow the native grasses upon which the stock (sheep and cattle) depends. Irrigation to grow crops is not an option.

Over the fifteen years I have lived here, I have learnt that drought is the norm. The 'good years' are few and far between. There are so many other challenges but perhaps mentioning these major ones helps to explain the need for pastoral care, just being present, trying to bring hope to assure the people of God's love and call to love, whether they are "churched" or not, catholic, or not. Pope Francis inspires me particularly in EG no. 14!

As presented to us, the ministry was to include sacramental preparation, preparation for funerals and where necessary and appropriate, conducting funeral services. Where necessary it also included celebrating the sacrament of baptism as well as preparing parents for the baptism. Known as the Western Pastoral Ministry, much of our time has involved meeting and being with the people, travelling wherever necessary to simply be with them, getting to know and understand their lives with the unique challenges that they face. Events such as the annual show days, workshop days conducted by different agencies related to agricultural issues, to financial constraints and to mental health - wherever people gather in such a way that we could move amongst them in what has been very much a ministry of presence.

The ministry of presence often requires simply sitting with someone and sharing a cup of tea, listening to their challenges, their sadnesses and frustration allowing them to safely express their fears knowing that their trust will be respected. The "sitting with" must often be done via the phone because of time and distance – or even via email. 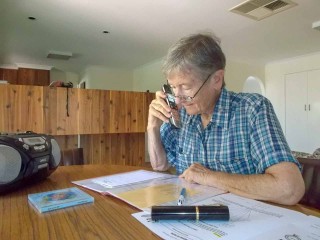 Thank goodness for technology, frustrating as it can be! A phrase that is sometimes used (though not usually by the people themselves) is "the tyranny of distance." This is a reality the further west one travels. Medical services are limited, and people must travel hundreds of kilometers away from family, to the coast in many instances because of accidents or the need for operations or for ongoing medical treatment such as chemotherapy). Many other services are also unavailable. Transport is limited and costly. Food which must be transported hundreds of kilometers is dearer. Variety whether of food or any other resource (clothing, equipment, almost anything you can mention) is limited.

Children from properties commonly measuring 20 to 30 thousand acres (up to a million acres and more towards the border with the Northern Territory, because as one goes further west the cattle/sheep carrying capacity shrinks dramatically) learn by distance education. Many go to boarding school for secondary education if the parents can afford it. LSODE (the Longreach School of Distance Education) is a gathering place where we have been able to meet and touch base with families when they come in for some special events. Speaking of modern technology- the (mobile) phone is an essential resource for preparing young children for the Sacraments of Initiation. However, nothing compares with the importance of face to face encounters.

The "Tyranny of Distance" was overcome with the help of a sturdy Prado SUV. During my last year I travelled 30,000 kilometres. I wonder how many countries one could visit in one year traveling the same distance around Europe!

Sadly, as I take my leave from this most challenging and rewarding ministry, I do so with wonderful memories of friendships forged, and insights gained into the lives, the faith, the hardships, and the resilient strength of those who work, survive, love, and pray in one of the most demanding environments on earth. I will be forever grateful. 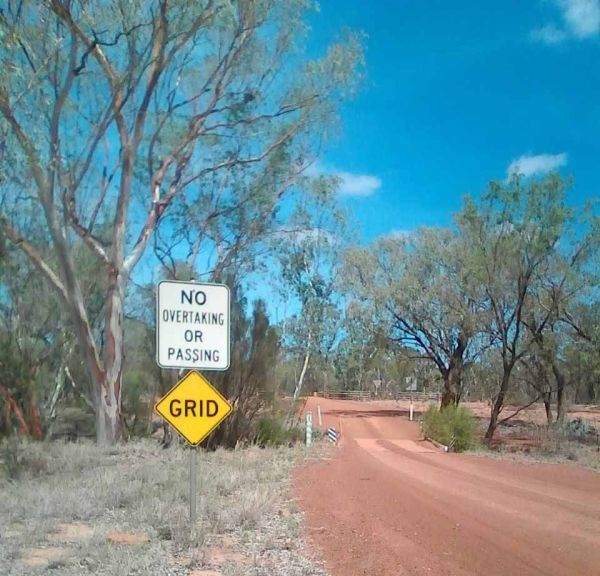 Wonderful
Reminds me of Bern Ryan...

thanks, Mary, what a beautiful, simple, vibrant and earth-hugging testimony ... to your own ministry, but, especially, to the brave people who take on the challenges ... it makes the rest of us realise our blesssings ... but also, how the experience of our Founders can be a source of inspiration and strength ... thank you ... I hope the bishop has found someone else to continue on that ministry of presence (and so much more).

Cancel Reply
thanks, Mary, what a beautiful, simple, vibrant and earth-hugging testimony ... to your own ministry, but, especially, to the brave people who take on the challenges ... it makes the rest of us realise our blesssings ... but also, how the experience of our Founders can be a source of inspiration and strength ... thank you ... I hope the bishop has found someone else to continue on that ministry of presence (and so much more).
Cancel Update Comment