Gemma at Digos Prison with her 3 children

Gemma Ando is a Lay Marist engaged in Prison Ministry in Digos, Mindanao, Philippines. She began this ministry in 2006 as a member of Marist Youth when she was in secondary school, under the guidance of Fr Joe McLaughlin sm.

Gemma is a gifted musician and singer.She has three children Zedek, Francoise, and Stephen.Her husband died in 2014, when she was six months pregnant with Stephen.He died of heat stroke, as a construction worker.Gemma had won him over to the Catholic Faith, and he had been baptized 5 months before he died. 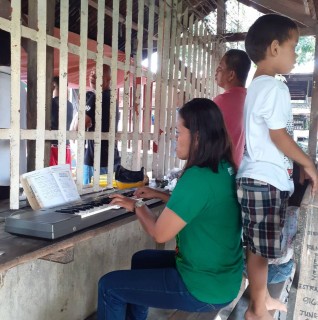 Gemma with son Stephen at the Prison

Each Saturday morning Gemma goes to the Prison to prepare the readings and hymns for Sunday Eucharist with the prisoners. Faith sharing is an integral part of this process.

Gemma says that in the early days of her working with the prisoners she received 'many love letters';  these days however the prisoners know she is there for the Gospel, not for romance.The prisoners she says are respectful, and even joyful in receiving the priest and celebrating the Eucharist.

Many prisoners she says meet Jesus for the first time while in prison.She recounts the story of 'Jamie' , who was a well-known criminal, who was transformed into a highly respected and hard working officer at the local administrative unit or 'Barangay'. 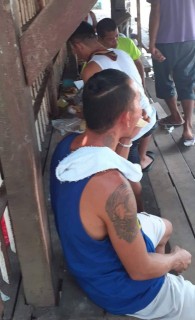 Gemma attended the Marist Laity Gathering in Ireland in July.   A Lay Marist from the USA, Elizabeth Pieper, came to know that Gemma was a widow with three children and has undertaken to help her educate her three children.

Every Sunday Gemma joins the Sunday midday meal at the Marist Community House at Matti, where our confreres Frs Chris Ganzon, Pat Muckian and Arnold Gaferio share a common meal with Marist Laity engaged in mission in the newly established Parish of Our Lady of Fatima. 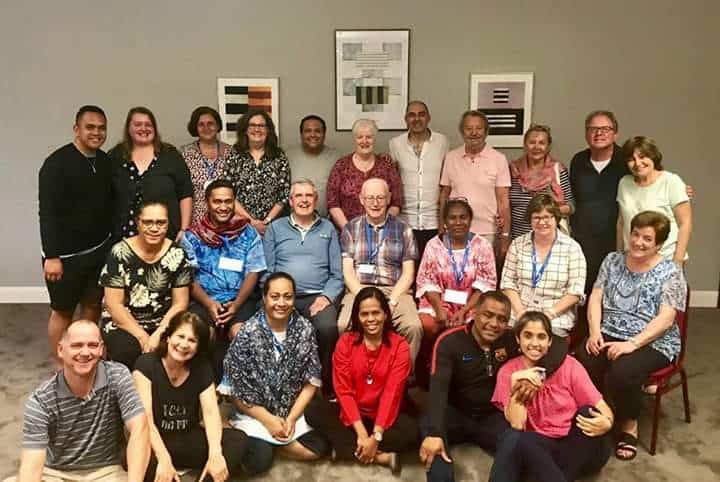 Gemma, on her motor bike with her three children: Zedek, Francoise, and Stephen

What a testimony , a Disciple Missionary, is Gemma! Thank you.

Cancel Reply
What a testimony , a Disciple Missionary, is Gemma! Thank you.
Cancel Update Comment
1