O.C.E.A.N - one community embracing all nations "We are one we are many"- a wonderful song by Bruce Woodley which captures the theme of today.

As the Entrance song was sung, the flags of the 81 nations representing the 81 nationalities who attend this school were displayed. We sang as One, yet each student is rightly proud of her heritage and culture and proud to call herself Australian- because that reality guarantees

Cherish and preserve these rights - never take them for granted, because in so many countries they are denied or ignored and sometimes here in Australia.

In that power-point parade of flags, one Flag was missing- the flag of the stateless- representing those throughout the world without a nationality, without any of those rights – as many as 10 million worldwide and an estimated 3million of those in Thailand.

And here is the missing Flag- unofficial- which I unfurl for the first time in history- you are the first to see it.

A large black Question mark on a blank white cloth- the flag posing the question; Where do I belong? For the Stateless the answer is nowhere.

And here is one girl for whom the flag flies here today- she does not belong.

Her name is Wilai who was born in Thailand of Burmese workers, orphaned at the age 4 and worked illegally as a tourist guide showing visitors around the dark and damp caves under a Buddhist temple from age 5-

She is in her "uniform" on the day she was discovered by an Australian visitor. For three years she lived on her own in an isolated dirty little room without running water. 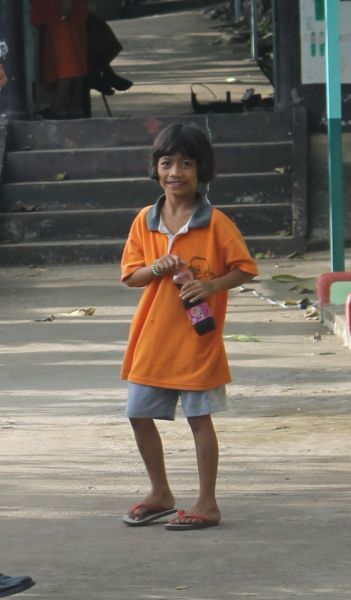 Wilai in our post cover picture is with the Australian woman who befriended her- Wilai deep inside the cave where she used to live.

Wilai, child at great risk- one day she was forcibly taken to Bangkok to an orphanage of 500 girls- and has been there for the past 5 years- but even here she is a non-person- all the girls, all 499 each day go to school outside the orphanage but not Wilai- she has no ID and could be arrested. She receives no proper formal schooling. Wilai is just one of many young stateless children.

A staff member was quoted as saying:

"We have never had a child like this in our care before; we don't know what to do. Where do we integrate her to? 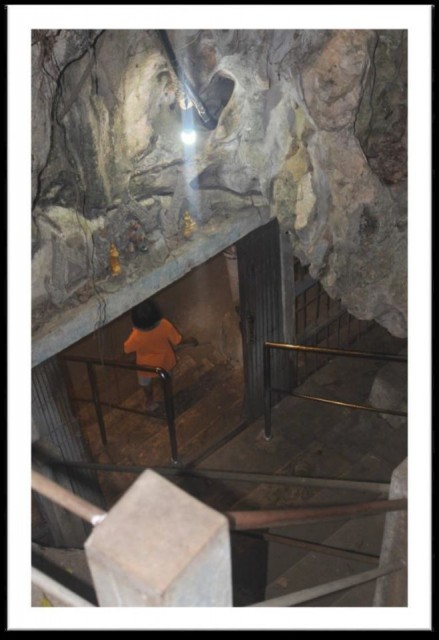 Wilai is in a holding pattern at the Home for Girls until she reaches the age of 18.

At which time, Wilai will leave the orphanage 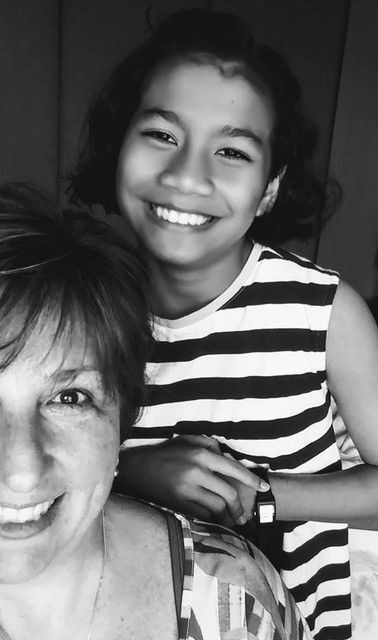 Born beside the bridge: Mexico-USA
Web of life - ecumenical - inter-religious