Fr Gil Casio sm, writes to us from Ranong, Thailand:

Marist prefer to work with the poor and vulnerable, opting for jobs that are unattractive or unrewarding.

In 2006, we opted to go to Ranong, a border town across the southernmost tip of Myanmar which serves as a gateway for Burmese migrants to enter into Thailand. It has the highest density of Burmese migrants in Thailand, where many of them are working in the fishing - and its related - industries. It has a moving migrant population, extreme poverty, and migrant fishing population which increases the risks and vulnerability for getting HIV.

Our Marist Community recognizes those living with HIV AIDS  as the most abandoned group in the Burmese Migrant Community. The ministry to the people living with HIV/AIDS was started in August 2007 and we have continued to work hard to meet their needs. 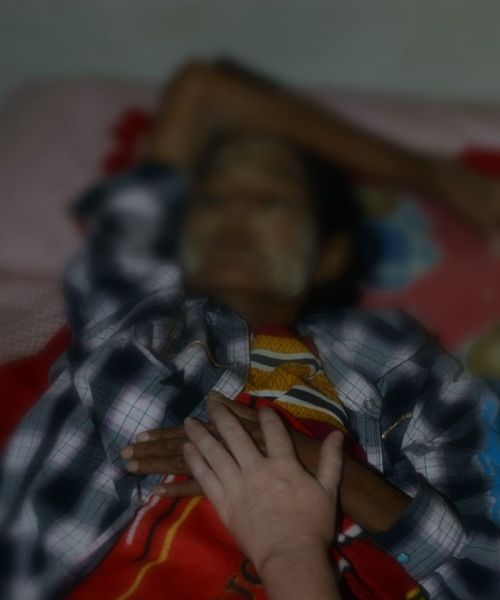 Offering hope to a new patient in depression

Those migrants who are living with HIV/AIDS continue to experience significant difficulties in accessing anti-retroviral treatment in the local community without any support. They have difficulties in talking with medical staff because of language barriers, lack of education and basic knowledge about HIV/AIDS. Because of ill-health, they find it difficult to gain employment. As a consequence, people living with HIV AIDS frequently experience many financial and health challenges. The Marist health project provide holistic care to poor and vulnerable Burmese migrants living with HIV/AIDS so they can live with dignity, become self-sufficient and increase the quality of life.

I remember when we visited the Burmese community and we found a man who was lying on an old rotten sofa outside a little rented house.He chose to stay outside the house though it was very cold and flooding so he can make a space for his 5-day old baby and his wife who was still recovering from her cesarean surgery. It was raining and he was soaked through. He was so weak that he could not go to the toilet and clean himself. He was obviously dying of AIDS. The Marist Health team gave him support and provided comfort until he passed away. 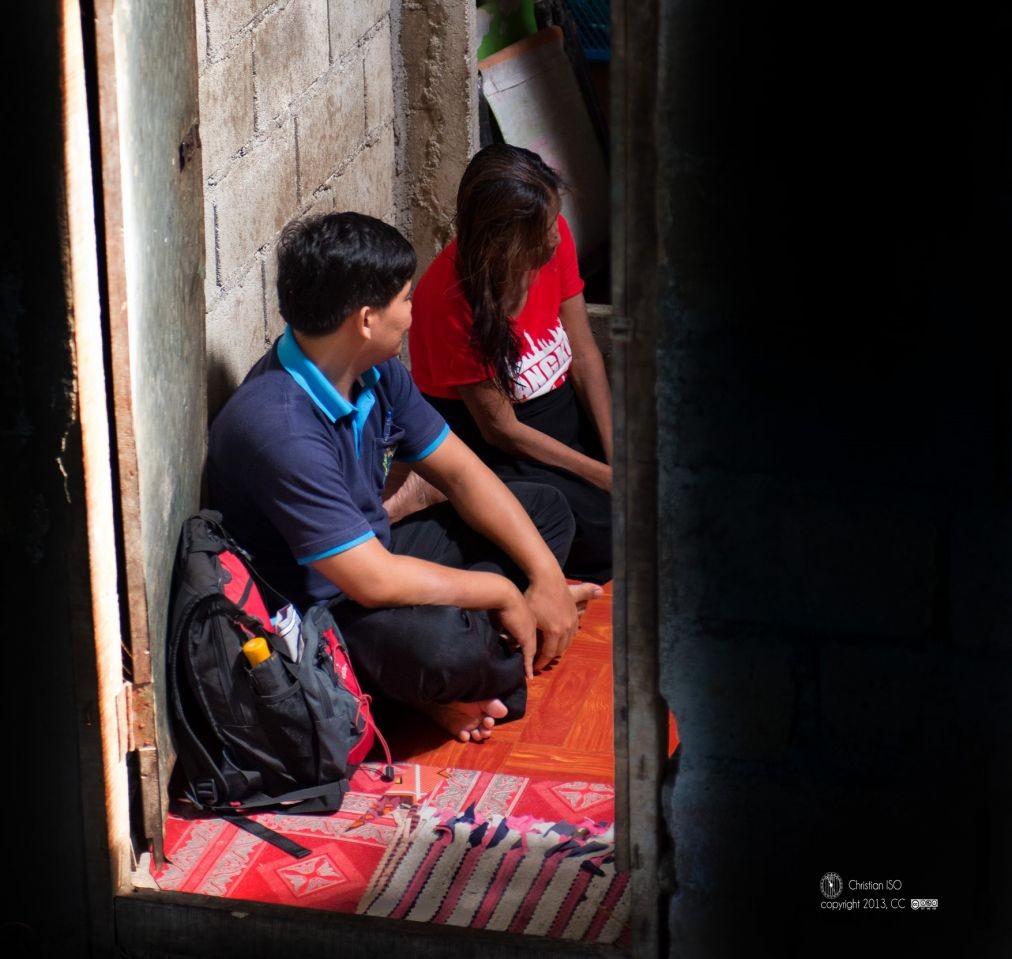 Gill Casio sm, on Visitation to an HIV/AIDS patient

The wife shared to the team that it was the worst situation in her life and that they were complete strangers to everyone who lived around them. There was nobody there to help, no families, no friends. She found out that she was HIV-positive when she was pregnant. She felt stigmatized and discriminated against. She thought that she had lost everything in her life. She was grateful to our team for showing them love and compassion. That experience gave her strength and hope for the future.

Marist mission in Ranong brings hope to the migrants who are most the neglected in the society and suffer injustice. As missionaries of hope, we continue to serve, like Mary, to be wholly compassionate and understanding towards human frailty (SM Constitution 137). 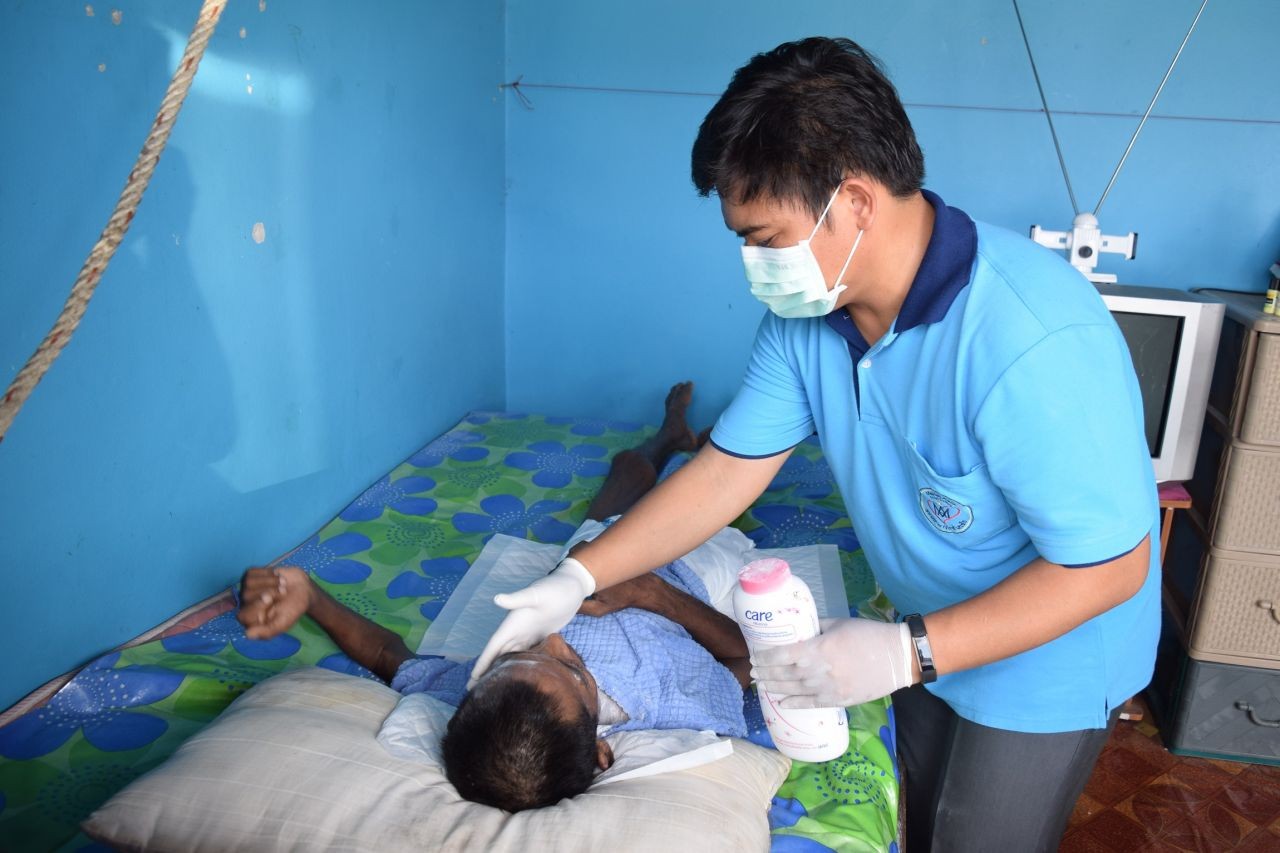 Gil offering palliative care to one of their patients
×
Stay Informed

You and you team minister to some of the most abandoned. Please convey my admiration and prayerful support from afar. I write this from Penola South Australia the place where Australia’s first saint began her ministry- include her in your prayers for those you serve.

Cancel Reply
You and you team minister to some of the most abandoned. Please convey my admiration and prayerful support from afar. I write this from Penola South Australia the place where Australia’s first saint began her ministry- include her in your prayers for those you serve.
Cancel Update Comment

God bless you Gil and your team, definitely a Marist apostolate , hidden and unknown.