Francis and the Catholic Dormitory of Ee Tu Hta ​This is a story of a kind of 'sustainable development' by a refugee youngster. Former Mission Centre director, Fr Ron Nissen SM, remembers...

Francis Hsa Ku was a teenager when we first met in 2003. It was at MMC* Hostel, Maera Moo refugee camp, Thailand, deep in the jungles on the border of Myanmar.(*Marist Mission Centre Australia). He was one of the tens of thousands of refugees from Myanmar (then Burma) fleeing the brutality of the military regime.

MMC had begun funding the Hostel in 1998. I first visited (on the back of an elephant!) in the rainy season of 1999. Since then the Hostel has continued to receive MMC support and is still known as 'MMC Hostel' despite attempts to give it other names. 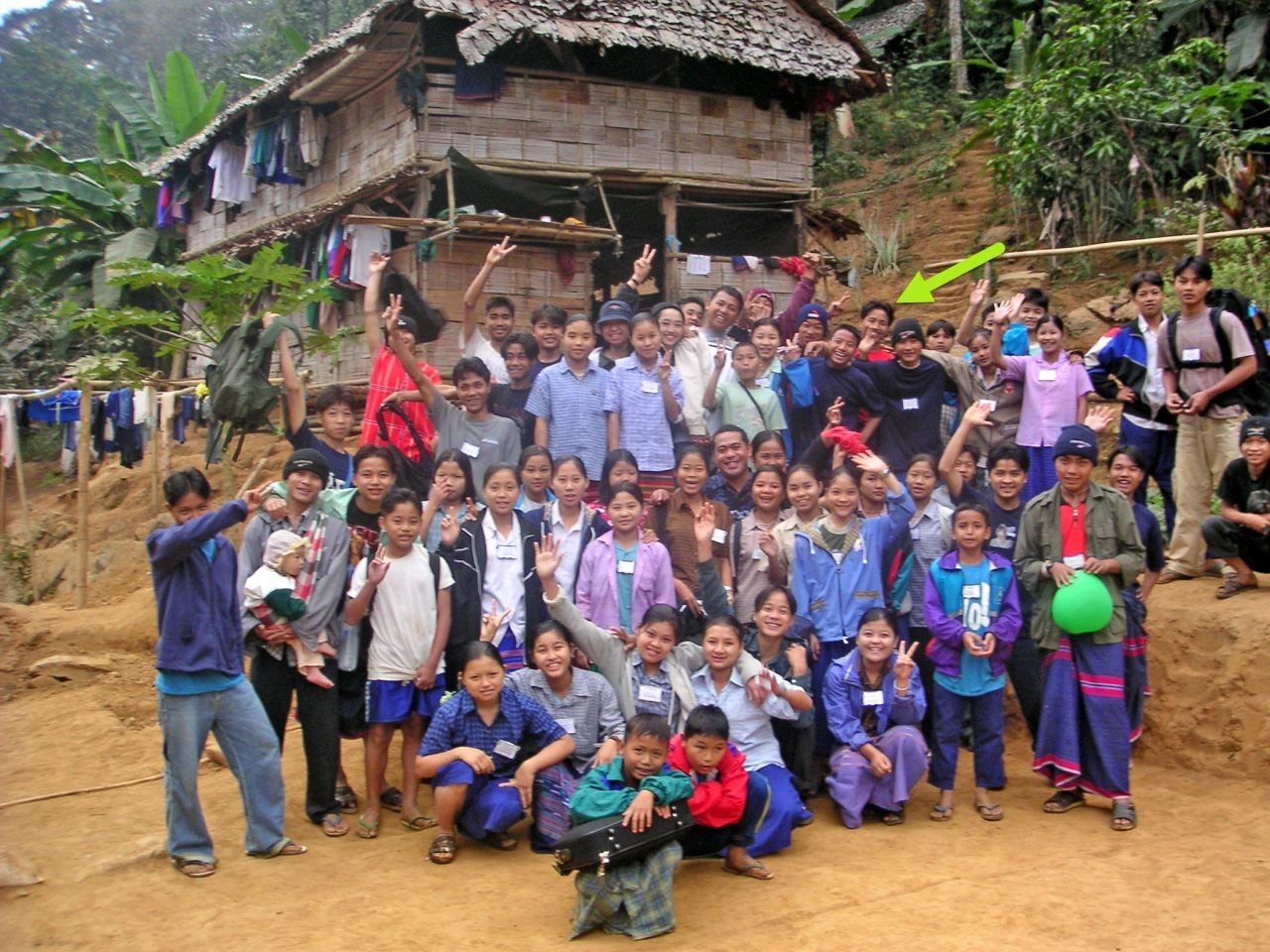 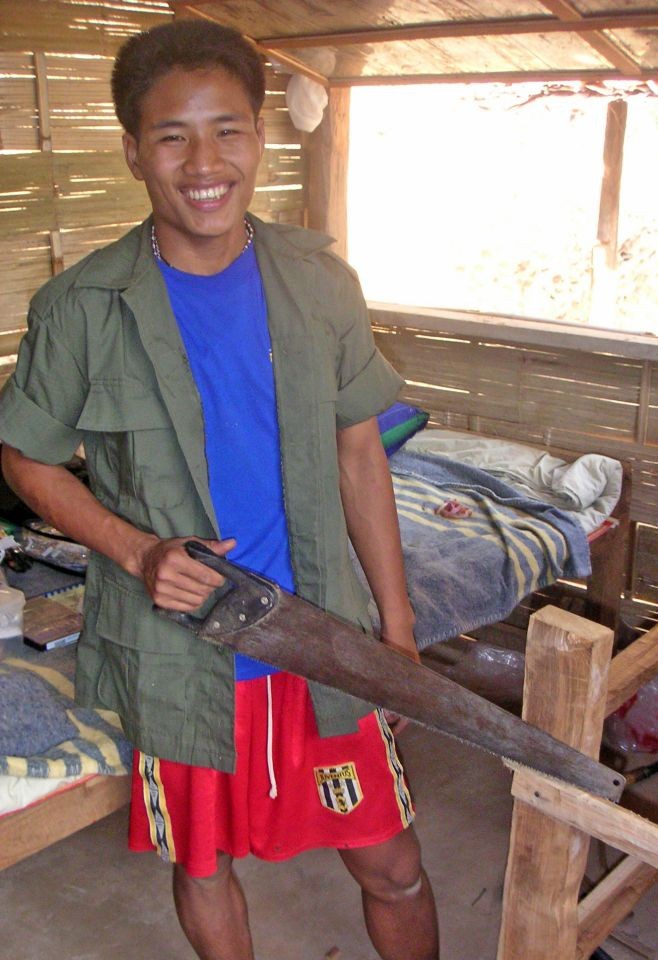 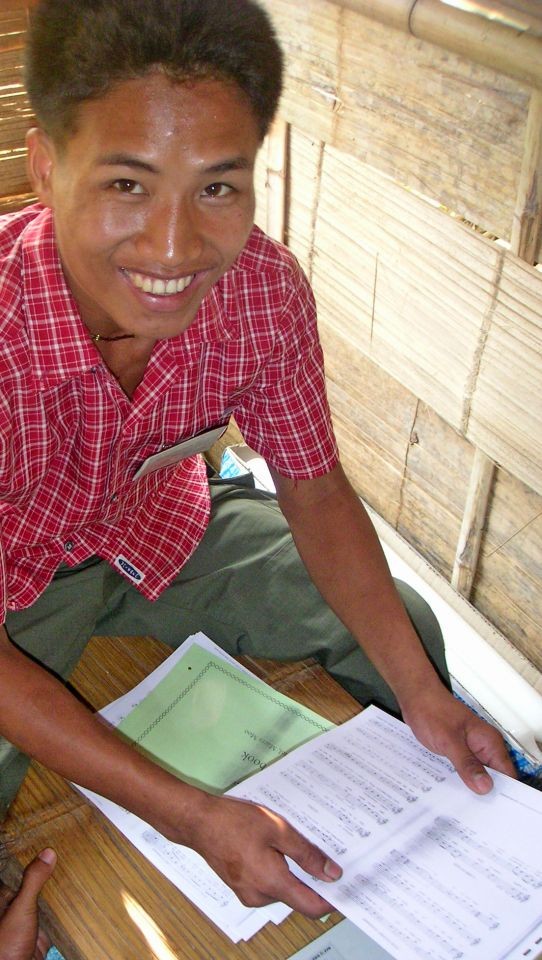 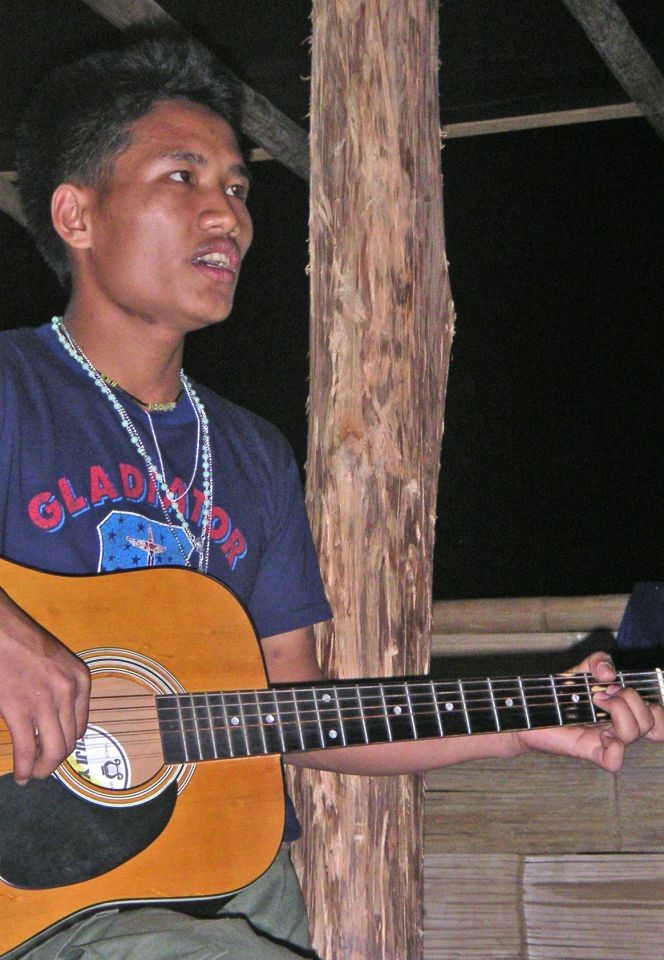 An outgoing and manly adolescent, Francis was one of thirty or so Karen youngsters sent there by anxious parents dodging Burmese military patrols in the villages of adjacent Karen State.

When we decided to build a guest-hut/chapel at the Hostel, Francis was one of the keenest labourers and proudly Catholic when we celebrated our first Mass there. We called it 'La Neylière' after the quiet retreat place where Marist Founder, Fr Colin, lived and died.

Francis joined MMC's scholarship program and developed modest skills in English language and guitar. It was clear he would one day be a leader of his people.

This was all fifteen years ago.

In recent times there has been pressure to send Burmese refugees like Francis back into a supposedly safe Myanmar. Not so simple. The new phenomenon is the plight of 'IDPs', internally displaced persons, who can no longer return to their homes. For them there is no longer a home to go back to: villages burned (church and school the first target of the military), crops destroyed, land confiscated.

They are refugees within their own country.

In early 2019 Francis contacted me by Facebook. Both the Internet signal and Francis' English were shaky as he announced that he was back in Karen State at the village IDP camp of Ee Tu Hta.

Francis was now married and lived in the camp with his wife, Dah Paw, and their four children.

He told me he had just built a 'Catholic Dormitory', modestly copying the hostel of his boyhood at Maera Moo, a place where youngsters could live in safety and be fed while they attended a local camp school. 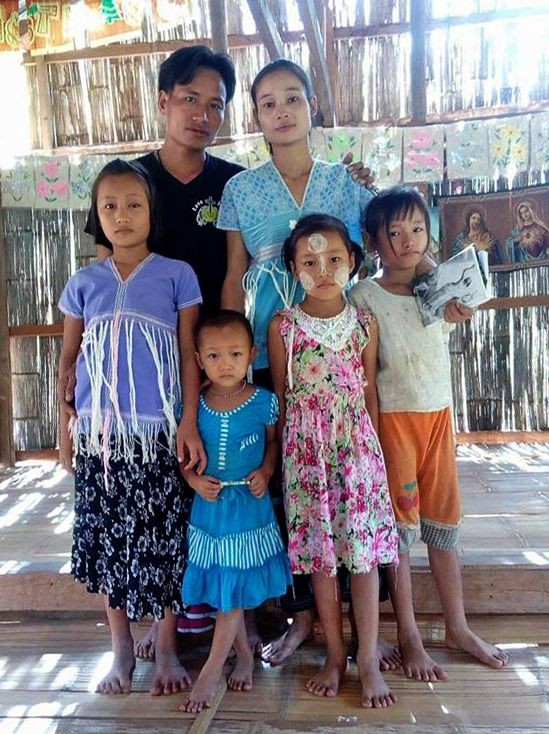 Francis today, with wife, Dah Paw, and their children. 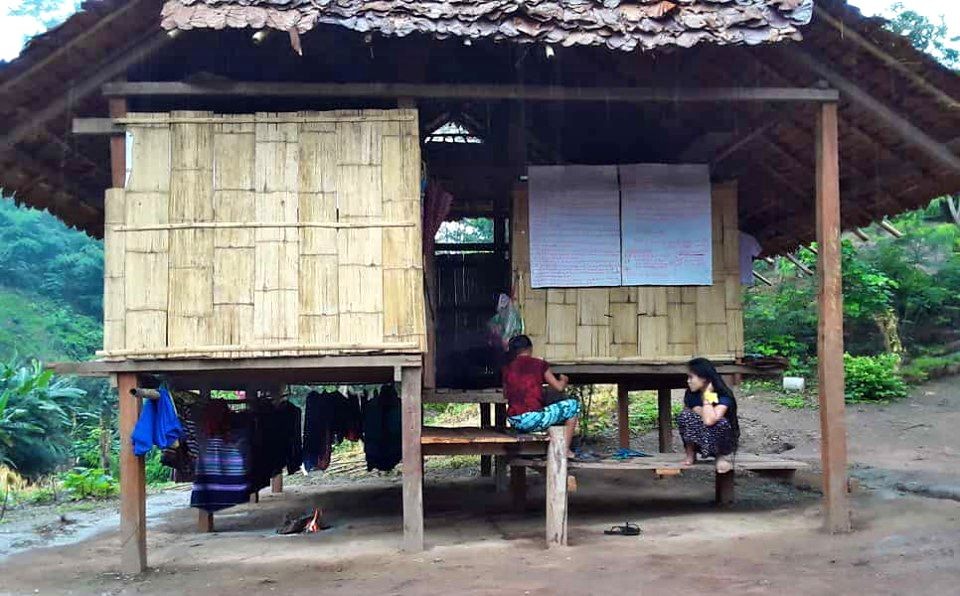 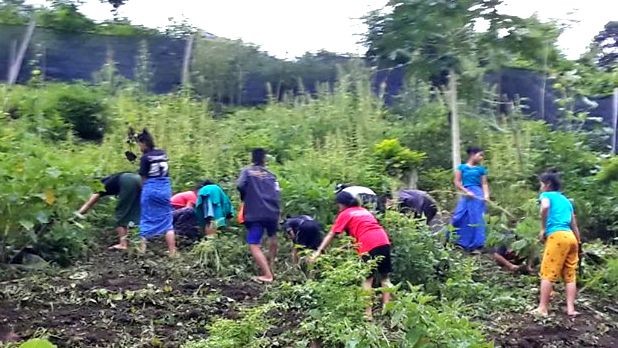 Dormitory students growing vegetables to go with their rice meals. 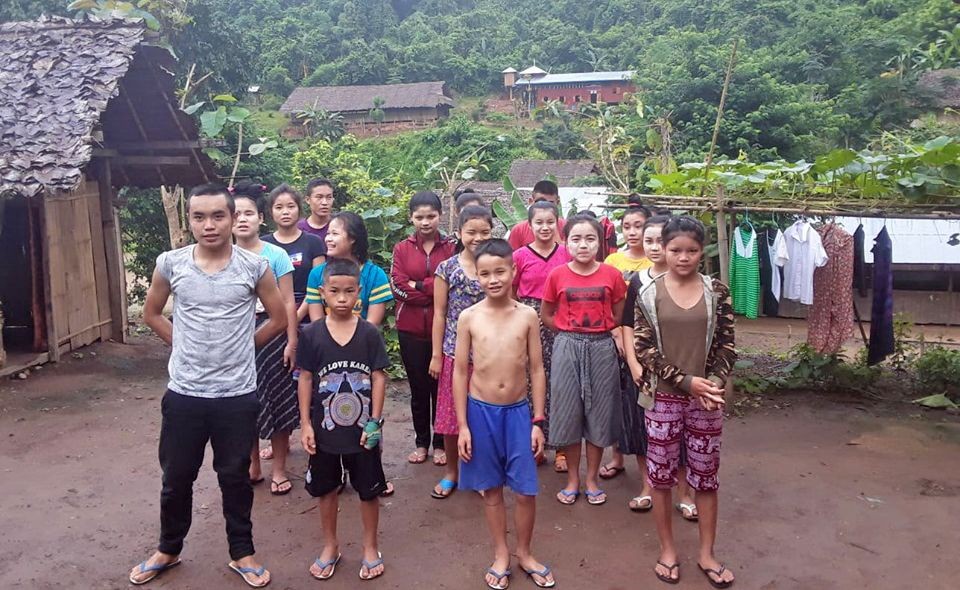 Residents of the Catholic Dormitory of Ee Tu Hta 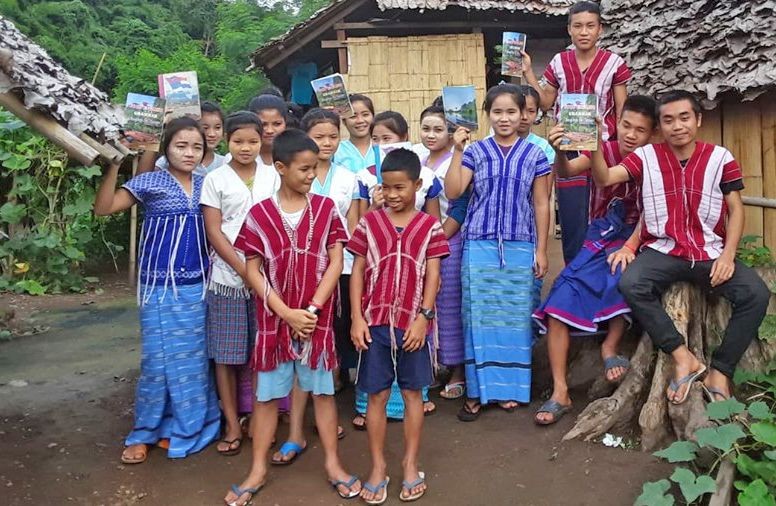 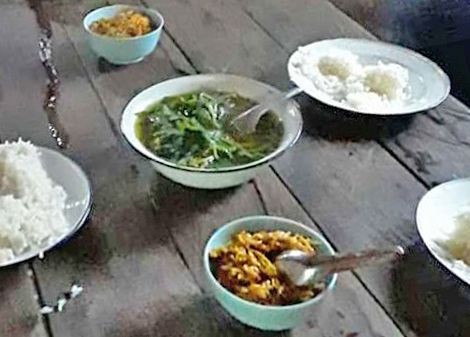 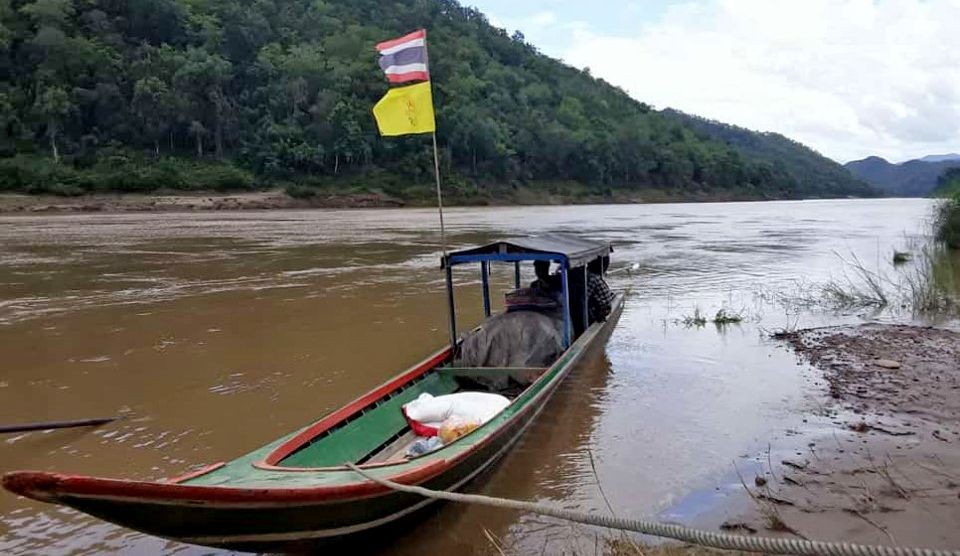 The Salween River, separating Myanmar from Thailand, and from Ee Tu Hta.

​At Maera Moo most of the young residents had been Buddhist or Baptists, with just a handful of Catholics. At Ee Tu Hta I think Francis just wanted a place where they could all pray the Rosary after school. He has a roll call of twenty-three young residents.

Francis received help from friends in the camp to build the simple 'dormitory'. Then a benefactor in Thailand promised cash for food and clothes for the first three months. After that Francis and his young charges would be on their own, on a journey of faith and hope.

What he had begun, perhaps unknowingly, was to continue the vision of the MMC Hostel at Maera Moo. One might even see it as a kind of 'sustainable development' of what MMC began twenty years ago. Certainly a fruit of MMC's investment in the care of refugee youngsters.

Francis wasn't seeking help until recently, when he told me about the grammar books he needed for fifteen of his students. He was teaching them English. The books would cost 200 Thai bahts ($10 Aust) each.

I managed to find 3,000 bt ($150) for the books plus 1,000 bt for a 'treat' for his students, maybe some lollies or biscuits. Later, when I asked him what treats he bought, he told me 'I bought a bag of rice'. Food supplies to the camp had been drastically reduced. So, 'first things first'.

Ee Tu Hta Catholic Dormitory now has no funding. It survives on diminishing IDP camp rations and little else. The students have no lighting for night-time study, nor the luxury of a computer for better education and communication… and who knows what else?

And now, Francis tells me, the food is getting low.

Maybe agencies like MMC can help. But conditions for sending funds abroad from countries like Australia are getting tougher and tougher. It's ironic that such restrictions put Francis' project at risk, a project which itself is to protect youngsters at risk themselves. The risks are not so much moral ones, but the real prospect of losing opportunity for education.

And, of course, there's the 'Pandora's Box' syndrome: if we give to this project, how many more will come out of the woodwork?

For the Ee Tu Hta youngsters their hostel is carefully governed by a committee of IDPs with children of their own and by Francis and Dah Paw who know the blessing of being able to live safely and without fear – and having a camp school nearby.

On a recent Sunday, with the gospel of Lazarus and the rich man, I told Francis' story. Some who heard it spontaneously offered gifts for the youngsters of Ee Tu Hta. They were all aged pensioners, inspired by the vision of a young refugee.

I promised those good people I would write the story for them. This has been it.