Easter Triduum at the Border Tony O'Connor writes of "Threads of the Easter Triduum at the [Mexican] Border":

This past month, everything changed around me and keeps changing as "shut in" has set in on both sides of the border.

Things as they were

Here the most notable travesties were the tent courts for the asylum seekers. At 4.30 am they would be lined up on the bridge on the Mexican side. The candidates who had been waiting days, weeks for this moment would be checked for louse, yes louse! Anyone not clean got left behind. Then they were marched over the bridge to the Tent Court, hidden behind a fence by the Gateway Bridge here in Brownsville.

No one was permitted to witness the court hearings. Anybody walking or driving past could see the marque type tents but would not necessarily have any idea of the what was taking place. After the process they would be marched back to Matamoros to wait three months in Mexico. It was not easy to get asylum then, less so now, since March 20th maybe impossible. 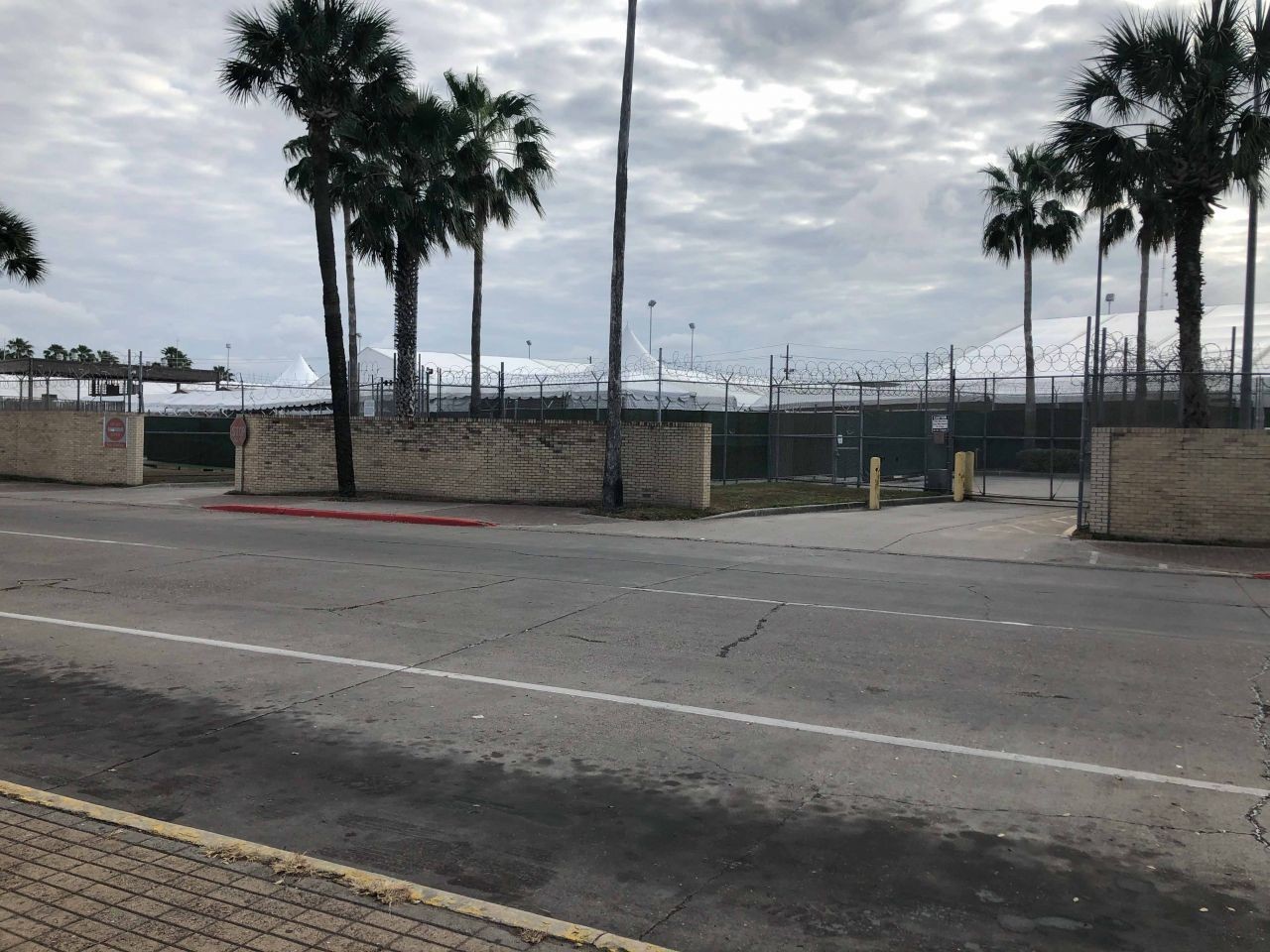 In mid-February activists passed a weekend in front of the tent cities protesting. I participated in an ecumenical prayer service. There were Muslims, Christians, Jews, Buddhists, and a catholic kiwi padre of sorts. 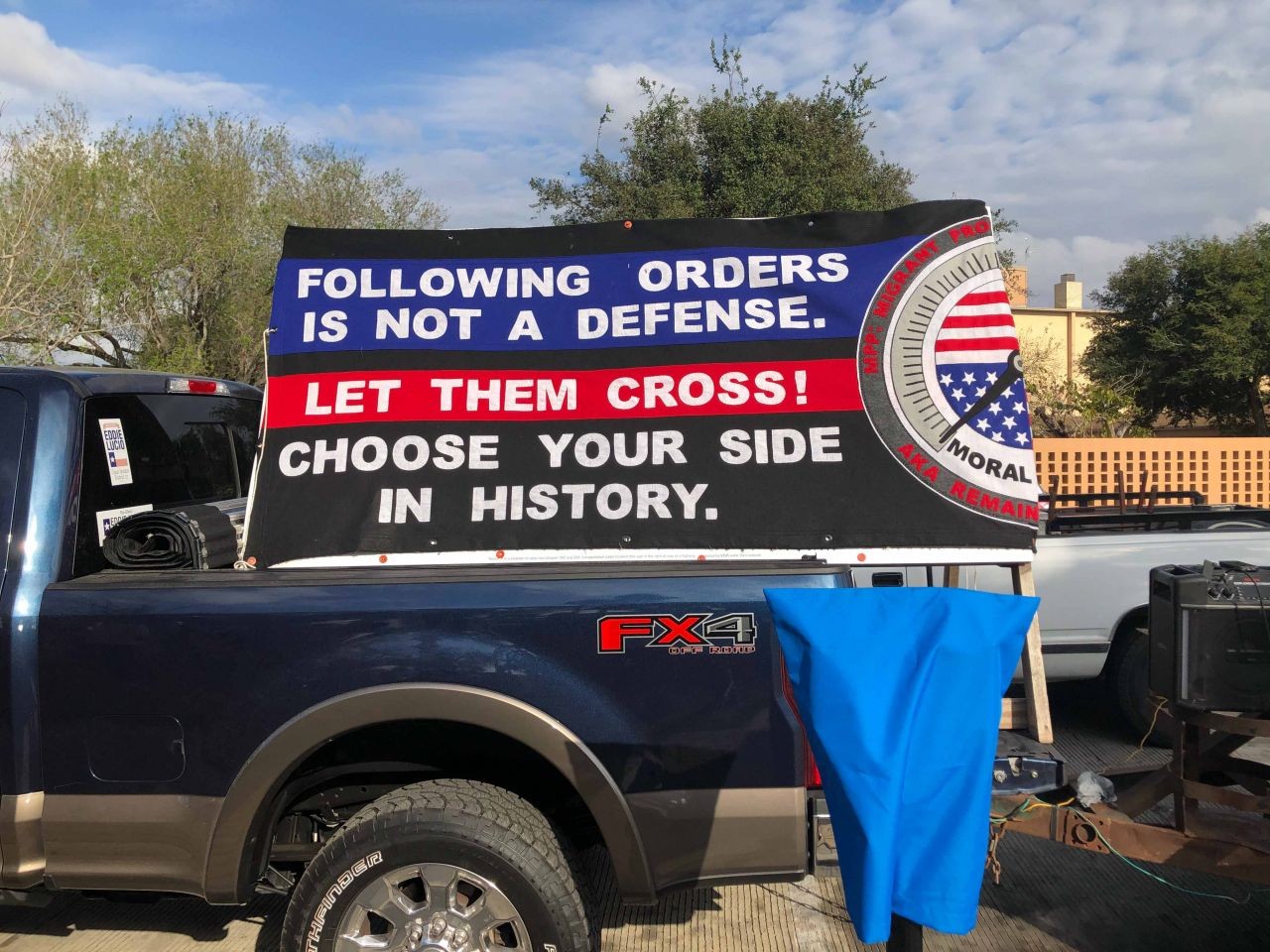 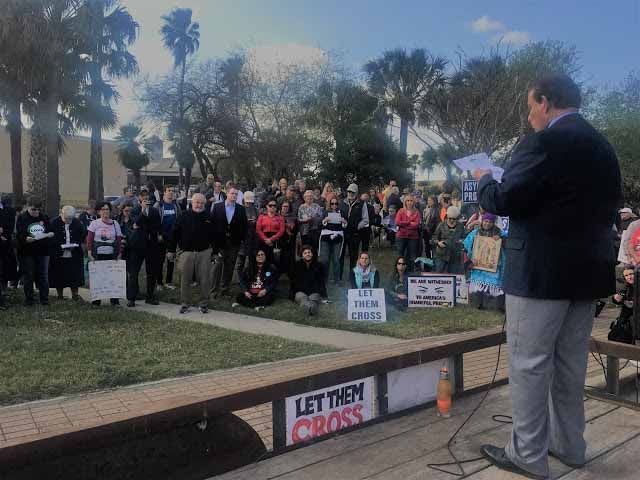 If you went to the Brownsville airport at 6 am you would see through the grill of the iron fence people shackled to the 5th degree being helped on to planes where they were being deported to their country of origin to meet if not death, at least great danger.

All was done in such a hidden way, helped ever more by the winter darkness. Customs and Border Protection agents would try to hide the migrants from the view of the onlookers behind the fence "Witness at the Border" were very effective in bringing the truth out of the darkness into the light. 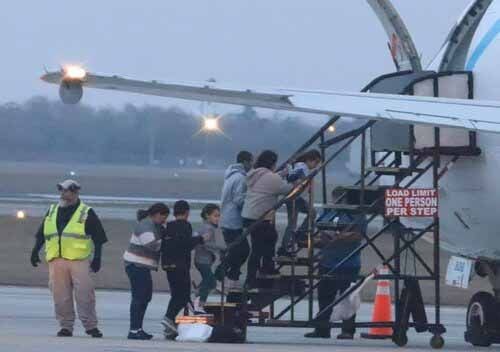 Meanwhile our people, so many little groups and big organizations were reaching out to the asylum seekers in Matamoros and other places taking food, clothing medicines and other help. Our ladies of San Felipe were great. We were also able to give other groups food to take over to the migrants.

The crisis at the border had no light at the end of the tunnel. We would say "We just don't know what is going to happen next" One had to keep on the alert and our own undocumented needed to keep their heads down and the Asylum Seekers, Central American, African, in fact united nations needed to just keep patient and not lose hope.

Least did we expect the COVID-19 and the subsequent "shut downs" at the bridges and in our own homes. 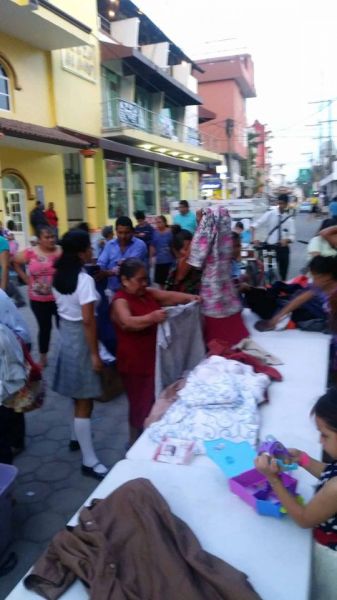 DRUG CARTELES BATTLING IT OUT FOR TERRITORY*F.

Amidst the chaos of the migration crisis the drug cartels were battling for territory with bloodshed and greater insecurity on the Mexican highways. The gangs "Golfo de Jalisco" "Los Metros",and Los Scorpiones" and others were all in for the kill, with kidnapping, murder and extortion. 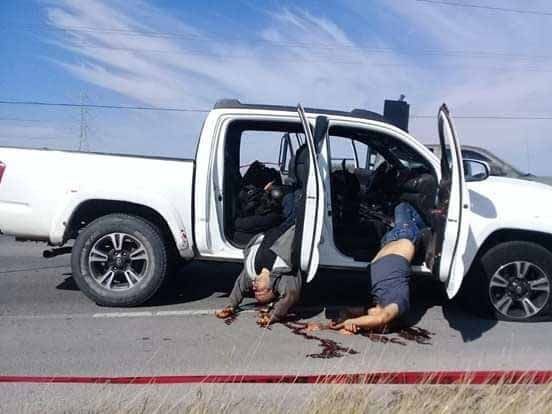 What with "shut in" here and in Matamoros "The Witness at the Border Group" have all returned north where they came from.. The Tent Courts lie idle; the activists who fed and helped the 2,500 plus asylum seekers on the banks of the river in Matamoros are in "shut down "in their own homes,

The asylum seekers themselves have taken over the responsibility for the little warehouses of food, clothing, vitamins A.C, and D. left by the activist groups to cover the next month. The Mexican authorities say they have tested the asylum seekers for COVID-19. What they have done is take their temperatures and asked them questions. 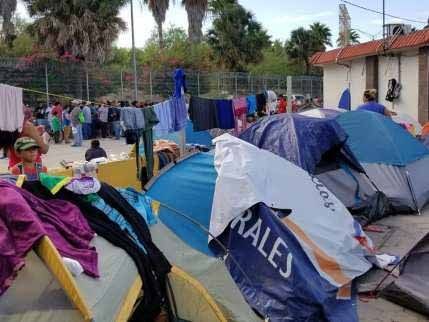 The plight of new arrivals of Central Americans and other nationalities both minors and adults is not certain. The US government since March 20th has shut their doors and Mexico would seem to be cooperating.

On this side, the Centers for unaccompanied minors have gone into "lock down" The poor kids already in the centers don't come here to the parish anymore. They can never leave their centers and the people looking after them are checked stringently for COVID-19 .

These private contractors, SWKey and CHs Caliburn are very tight lipped and never give any information as to whether there are infections in their centers or whether they have a contingency plan (protocol)for these poor kids in the event that the COVID-19 reaches them. . The centers for adults would appear to have their infected inmates like all prison-like institutions

The Rio Grande Valley has no public hospitals and only about 132 ventilators for over two million people, the majority being of low income and prone to diabetes 2 and other ailments attacked more mercilessly by the COVID-19.

There could be a calamity waiting to happen. Meanwhile our folk continue to do all they can in solidarity and more so in simple heart felt prayer. If and when people start falling seriously to the COVID-19 and start dying, Brownsville and the Rio Grande Valley will be in a very serious condition. But as our simple folk say "We are and will be always in God's hands" 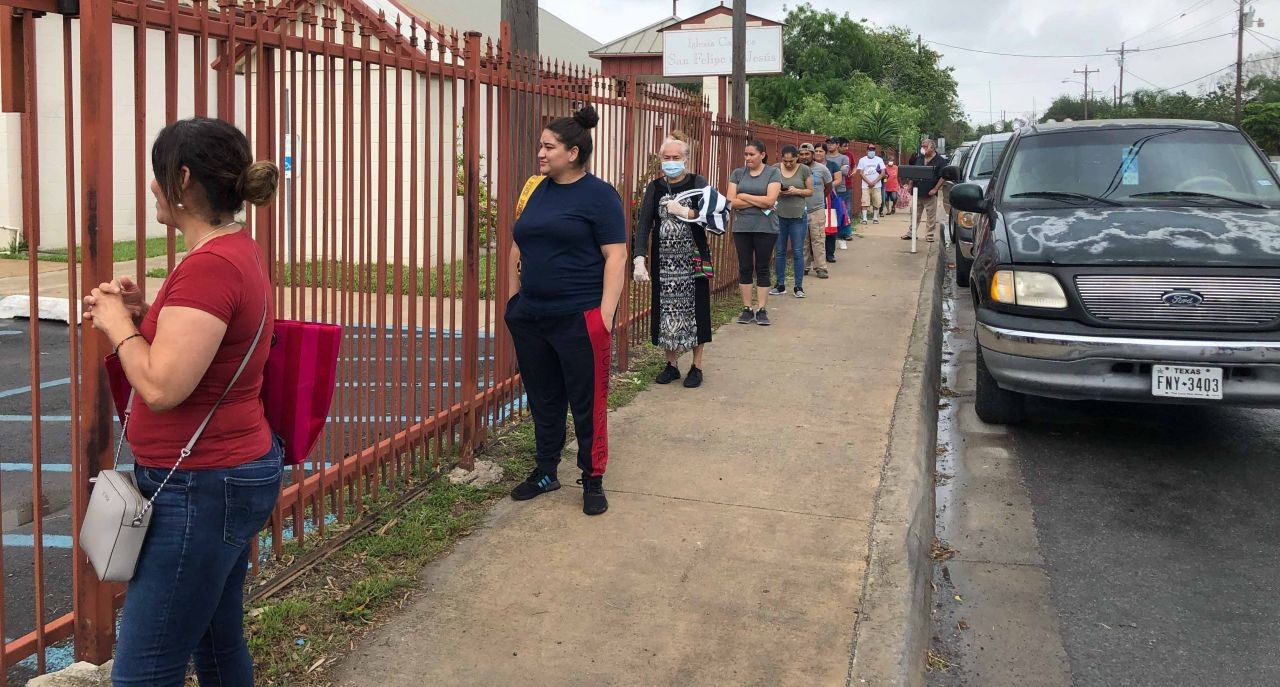 Meanwhile, we have begun a cybernetic / digital pastoral plan. We are reaching out to people on face book by video, written word, and greeting in the street as I walk with mask and gloves to the parish from my house. Living in a "Colonia" means that people will stop their cars as you walk, to ask a question, greet or just wave. With telephone numbers and thousands who reach us through face book we continue to become and be the close community (digital for the meantime) that we have always been since the first Marist Fathers arrived here to establish the parish in 1996.

Our food bank continues to be blessed with produce, a boon to people who have no work, the elderly and the poor that are with us always. 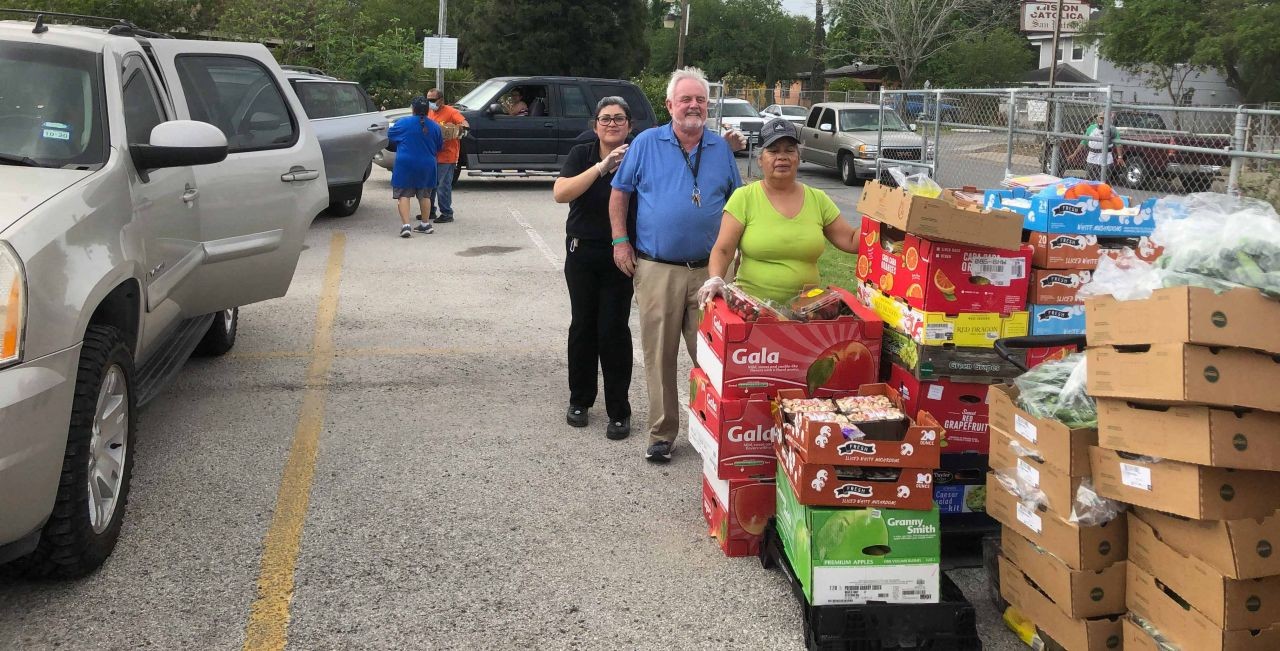 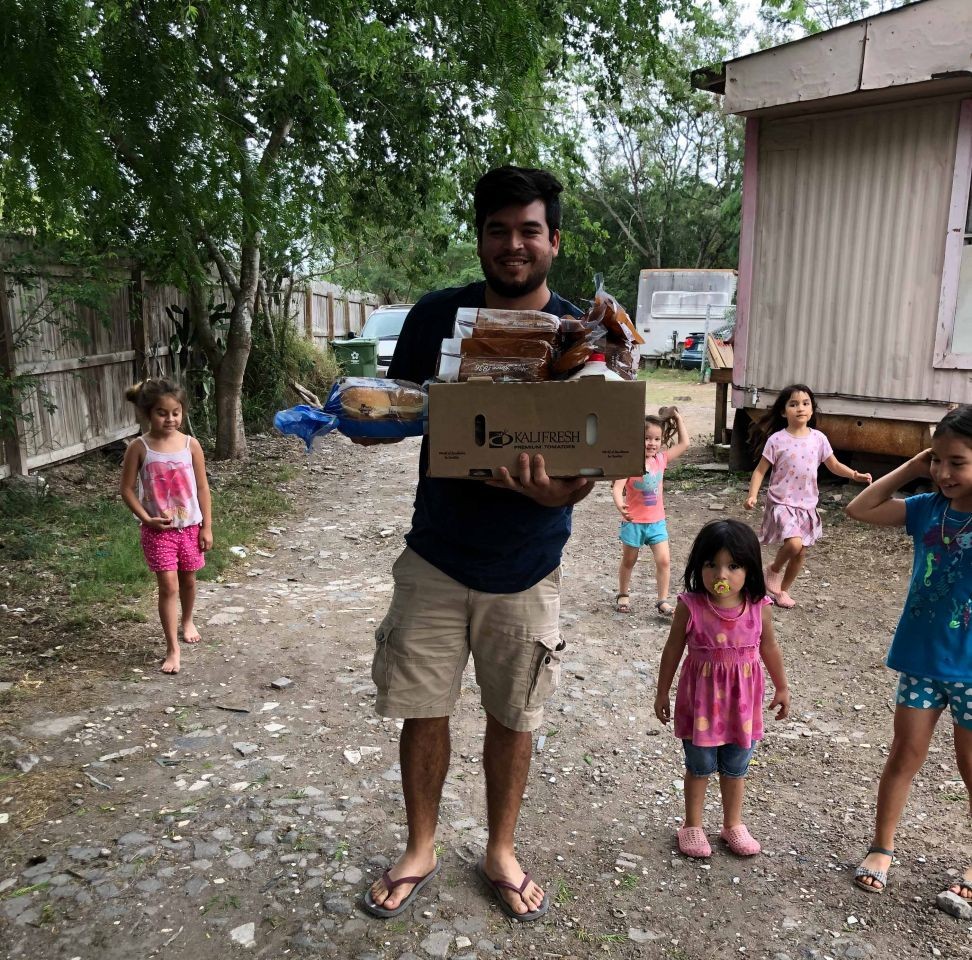 The parish Church is empty, waiting for her people to return while our people find the Crucified and Risen Christ in the other places where He is always to be found. 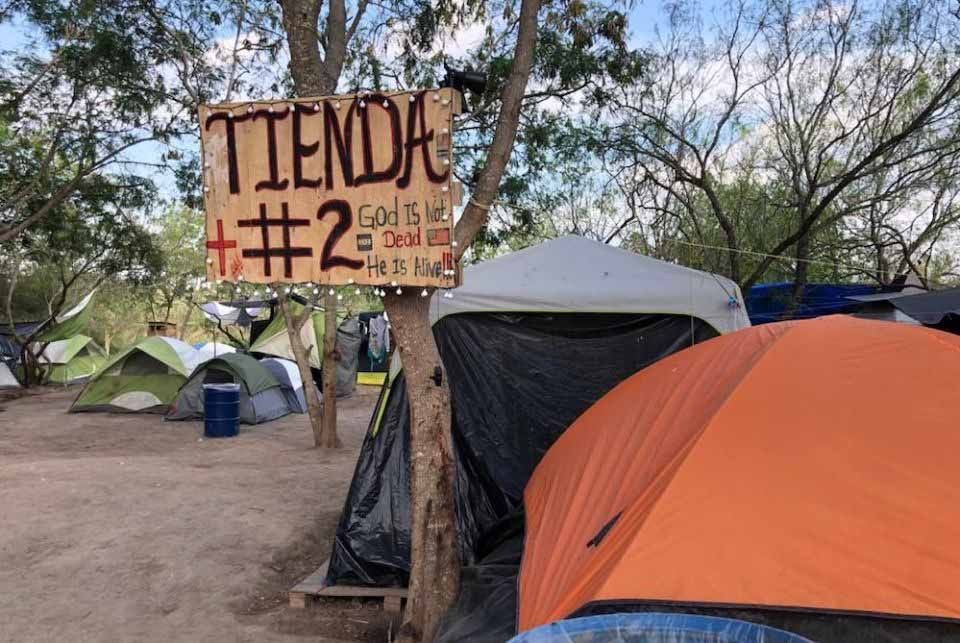 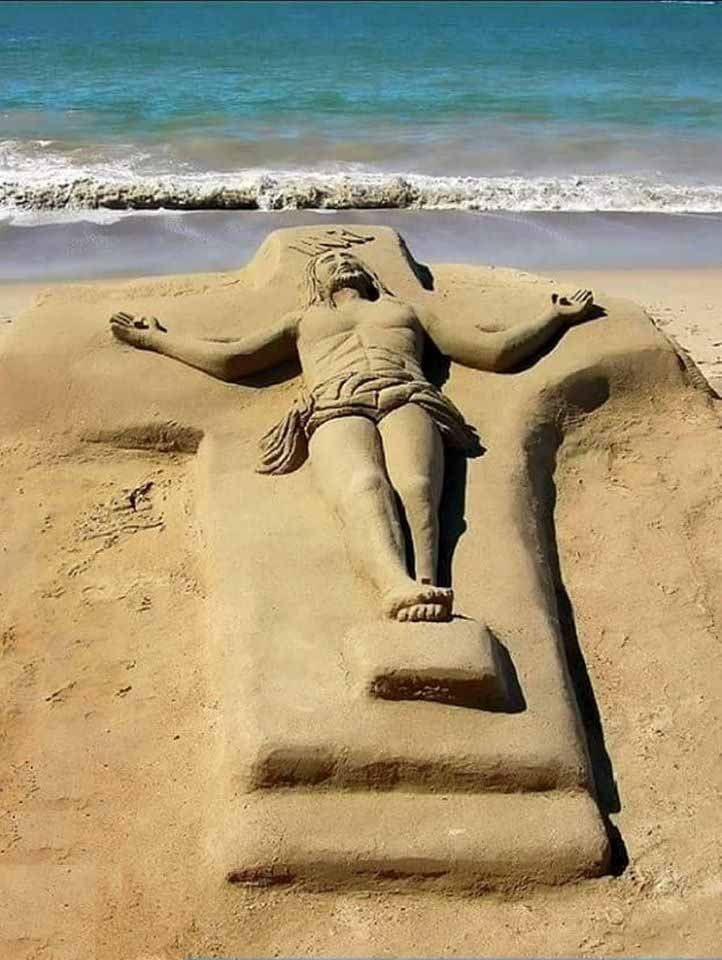