We Marists SM are committed to having an International 'Omnes Gentes' community in Paramatta. Covid has slowed us down, and while we are waiting it is worthwhile to ponder on a summary reflection of the Bishop of Paramatta, +Vincent Long OFM Conv, in his recent Helder Camara lecture. "My hope for the [Australian] Plenary Council"  What follows are 'tastes' of what he has to say under each heading:

Plenary Council: Abundance of goodwill or the last throw of the dice?

With a few months to the first session of the long-awaited Plenary Council, we are finally headed down the home stretch. The initial phase of listening drew nearly 220,000 people across Australia and 17,500 individual and group submissions. These submissions were distilled into the six national theme papers and then further distilled again into the working document and finally the agenda. Momentum for the Plenary Council ebbed and flowed during this process, which has been disrupted by the pandemic.

Some of you might have heard or even attended the first of the three convocation series organized by the Australasian Catholic Coalition for Church Reform. There were 3,000 participants, including myself. We heard a powerful and inspiring address by Sr Joan Chittister. Catholicism "must grow up", she said, "beyond the parochial to the global, beyond one system and one tradition, to a broader way of looking at life and its moral, spiritual, ethical frameworks."

Few Catholics have any appetite left for cosmetic changes, mediocrity or worst, restorationism dressed up as renewal. We have struggled under the weight of the old ecclesial paradigm of clerical order, control and hegemony with a penchant for triumphalism, self-referential pomp and smugness. We yearn for a Church that commits to a God-oriented future of equal discipleship, relational harmony, wholeness and sustainability.

Australian Catholics are growing up beyond the passive, subservient to the co-responsible agents for the transformation of the Church. 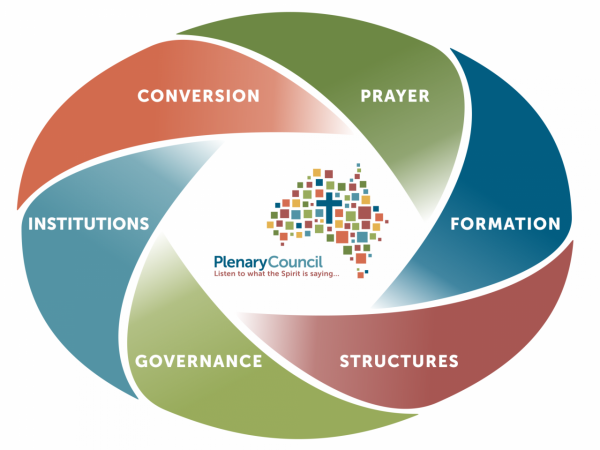 Is the Church in Australia in pole position for deep reform?

The Church in Australia is uniquely positioned to move into a new fresh future. Yes, it is true that we have been humbled and reduced to near irrelevancy by the sexual abuse crisis. The Royal Commission, though being the lightning rod, has also served as a necessary wake-up call for Australian Catholics. Indeed, no other country in the world has conducted a similar national inquiry, which is as comprehensive in its scope as ours. This has brought about a heightened level of consciousness and an unprecedented momentum for deep reform.

Could Australian Catholics rise to the challenge and co-create the synodal Church that Pope Francis has envisaged? While the Plenary Council may not address all of the issues of importance, it is certainly worth the effort in discerning the roadmap for the future.

What the Church needs is not simply a renewal or an updating of methods of evangelizing. Rather, what we desperately need is an inner conversion, a radical revolution in our mindsets and patterns of action. Gerald Arbuckle speaks of refounding as opposed to renewal. This refounding means going to the very cultural roots and a hope-filled journey into the paschal mystery for mission under the inspiration of the Holy Spirit. Unless we genuinely repent of institutional failures and unless we convert to the radical vision of Christ and let it imbue our attitudes, actions and pastoral practices, we will not be able to restore confidence and trust in the Church.

There is a sense in which the Church must change into a more Christ-like pattern of humility, simplicity and powerlessness as opposed to worldly triumphalism, splendor, dominance and power. Christians in the post-Royal Commission are like the Jews after the exile.  It will not be simply a restoration project or doing the old things better. Rather, we must have the courage to do new things; we must be open to the Spirit leading us to new horizons even as we tend to revert to the old ways.

Pope Francis at the Amazon Synod

Many Catholics hope that we will see a change in a number of priority issues such as greater inclusion of the laity, the role of women, clerical celibacy et cetera. While it is important that there is an openness and boldness to discuss these matters, what is more important is to envision a new way of being Church in the world.

What is urgent is that we need to find fresh ways of being Church and fresh ways of ministry and service for both men and women disciples. New wine into new wineskins! The new wine of God's unconditional love, radical inclusivity and equality needs to be poured into new wineskins of humility, mutuality, compassion and powerlessness. The old wineskins of triumphalism, authoritarianism and supremacy, abetted by clerical power, superiority, and rigidity are breaking.

"It is the Church of baptised men and women that we must strengthen by promoting ministeriality and, above all, the awareness of baptismal dignity," state the Bishops of the Amazon Synod. Beyond these generic statements, it remains to be seen how women can share in the decision-making power and institutionalized ministries in the Church.

Our founding stories are those of emancipation and liberation. It is the story of Moses and the movement of the new social order against the tyranny of empires that lies at the heart of the prophetic imagination. It inspires Mary who sings of the God who overthrows the powerful and lifts up the lowly. It is the story of Jesus who washes the feet of his followers and subverts the power structures that are tilted towards the strong. This narrative of the new reality that envisions radical reordering of human relationships was in fact the hallmark of the earliest Christian movement. 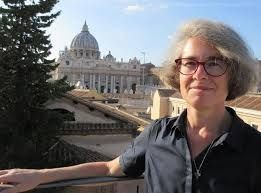 Towards a Church of co-responsibility and synodality

The arc of the Church is bent towards co-responsibility or synodality. Let me explain.

The way of being Church has evolved over the centuries. When, after the early centuries of persecution, Christianity became the official religion of the Roman Empire, the early tradition of egalitarianism gave way to a more clerical and hierarchical governance system that actually took on many features of the Empire. Throughout the long reign of Christendom and up to the Second Vatican Council, the Church often understood itself predominantly as a perfect society. Its institutional functions and dynamics were steeped in clericalism.

Ministries gradually became the domain of the ordained. They were all subsumed under a very cultic priesthood (set apart for the sacraments). The shift towards the celibate priesthood as the normative form of ministry effectively deprived the Church of the richness of ministries as attested by the New Testament.

At the Second Vatican Council, there was a shift in the Church's self-understanding. The dominant metaphor of "a societas perfecta" gave way to a more biblical image of a pilgrim people. The priesthood of faithful was rediscovered along with the affirmation that the working of the Holy Spirit was granted not to the ordained only but to all baptised. Ecclesial ministries were understood in such a way as to fully honour what Paul says, "everyone is given the grace according to the measure of the gift of Christ".

Pope Francis affirms that 'this path of synodality' is precisely what "God expects of the Church of the third millennium." He gave new impetus to the doctrine of the sensus fidei fidelium, stating that the path of synodality represents an indispensable prerequisite for infusing the Church with a renewed missionary impulse: all the members of the Church are called to be active subjects of evangelization and "missionary disciples".

Pope Francis has applied a critical lens through which the Church is renewed for the sake of its mission for the poor. The Church is helped to decentralise and impelled towards the peripheries. The Church, the People of God, should walk together, sharing the burdens of humanity, listening to the cry of the poor, reforming itself and its own action, first by listening to the voice of the humble, the anawim of the Hebrew Scriptures, who were at the heart of Jesus' public ministry. 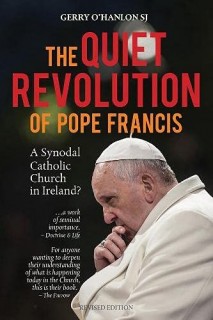 The COVID crisis, the Pope says, has exposed our vulnerability. It has revealed the fallacy of individualism as the organizing principle of our Western society. It has given the lie to a "myth of self-sufficiency" that sanctions rampant inequalities and frays the ties that bind societies together. If we want a different world, we must become a different people.

I wonder if the crisis in the Church today could be framed in analogous terms. In fact, we are at a point in history where all the indications point to a perfect storm: sexual abuse crisis, near-total collapse of active participation, loss of credibility, shrinking pool of clerical leadership et cetera.

This monumental crisis above all has exposed the weakness and indeed the unsustainability of the clericalist model. Hence, if we are to emerge out of this, we will need to boldly embrace a new ecclesiology from below that has regained momentum thanks to the prophetic leadership of Pope Francis. We must take up the call issued to St Francis, "Go and rebuild my Church that is falling into ruins". It is not only possible; it is the most exciting time for us to construct a new future.

It humbles us to know that God is with us in the mess and even in the perceived irrelevancy of the Church. It comforts us, too, to know that the Church was not at its best when it reached the heights of its power in what was known as Christendom.

It may be a long and winding road to a vision of the poor, humble but empowering and leavening force in the world. But as Teilhard de Chardin wrote: "the only task worthy of our efforts is to construct the future". I pray that this historic once in a generation Plenary Council may be an expression of such effort. May we have the courage, boldness and parrhesia to move from the old paradigm of triumphalism, power and splendor to the new ways of being Church that will convey the freshness of the Gospel. 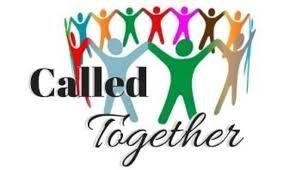 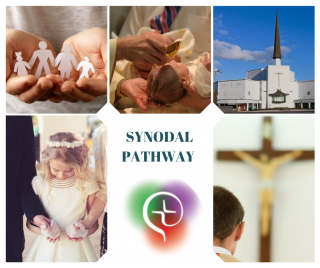 Wow! May the Spirit encourage us
I guess I’m a little like the snail in the cartoon!

Cancel Reply
Wow! May the Spirit encourage us I guess I’m a little like the snail in the cartoon!
Cancel Update Comment

This is an inspiring vision and prophetic read. Thank you so much for sharing it.
Not only something to ponder and reflect on but something to pray the for!

Cancel Reply
This is an inspiring vision and prophetic read. Thank you so much for sharing it. Not only something to ponder and reflect on but something to pray the for!
Cancel Update Comment

Reading this a couple of times and thinking about it has given me a sense of hope despite what is a daunting challenge. Thank you.

Cancel Reply
Reading this a couple of times and thinking about it has given me a sense of hope despite what is a daunting challenge. Thank you.
Cancel Update Comment