Tasmanian Tiger - Dead as a Dodo

The Season of Creation: 01 September - 04 October: will soon be here for us to honor.  One of the key issues is loss of Biodiversity in our Common Home.  Our blog this week comes from Fr Jim Carty sm, on the increasing loss of biodiversity in Australia.

If something is said to be as dead as a dodo, it means that it is not working, or obsolete, or has disappeared. It refers to the flightless and now extinct bird that was taken by sailors to their ship and kept alive for fresh meat. The Portuguese named the birds "doudo', meaning stupid. 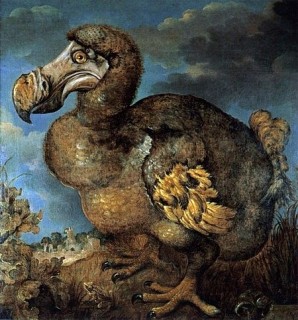 The extinct Dodo of Mauritius

In a recent article in the Sydney Morning Herald writer Mike Foley asks: "Why is Australia a Global leader in wildlife extinctions?" and offers some sobering and compelling answers to this question.

The article begins: "Plant and animal species in Australia are becoming extinct as fast as ever. Why is it happening? And what would it take to reverse the decline?

When Captain Cook sailed into Botany Bay, the forests, fringing the waters abounded with marsupials such as quolls and bandicoots, and the skies teemed with birds. The story was the same along the Yarra river in what would become Melbourne and, down south, "tigers" roamed the island of Tasmania.

Since colonization, about 100 of Australia's unique flora and fauna species have been wiped off the planet. The rate of loss, which is as comprehensive as anywhere else on Earth, has not slowed over the past 200 years. That is to say since colonization.

Why are the losses happening so fast, and why are so many experts frustrated at the failure to reverse the decline?

What has become extinct?

After its neighbor Indonesia, Australia has the second-largest number of endemic species – plants and animals found nowhere else in the world. Some other countries, such as Colombia, have a greater number of species overall but, in terms of unique wildlife, Australia is nearly at the top.

Since colonization, Australia has lost 34 mammals, which is about the same number as the rest of the world combined over the past 200 years.

"We have just about the most responsibility for global biodiversity, more than for the US, or any other European country. And, even though we don't have the most mammal species, we have had more mammal extinctions than any other country," says eminent ecologist Professor Hugh Possingham. 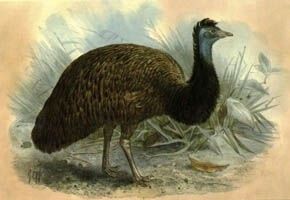 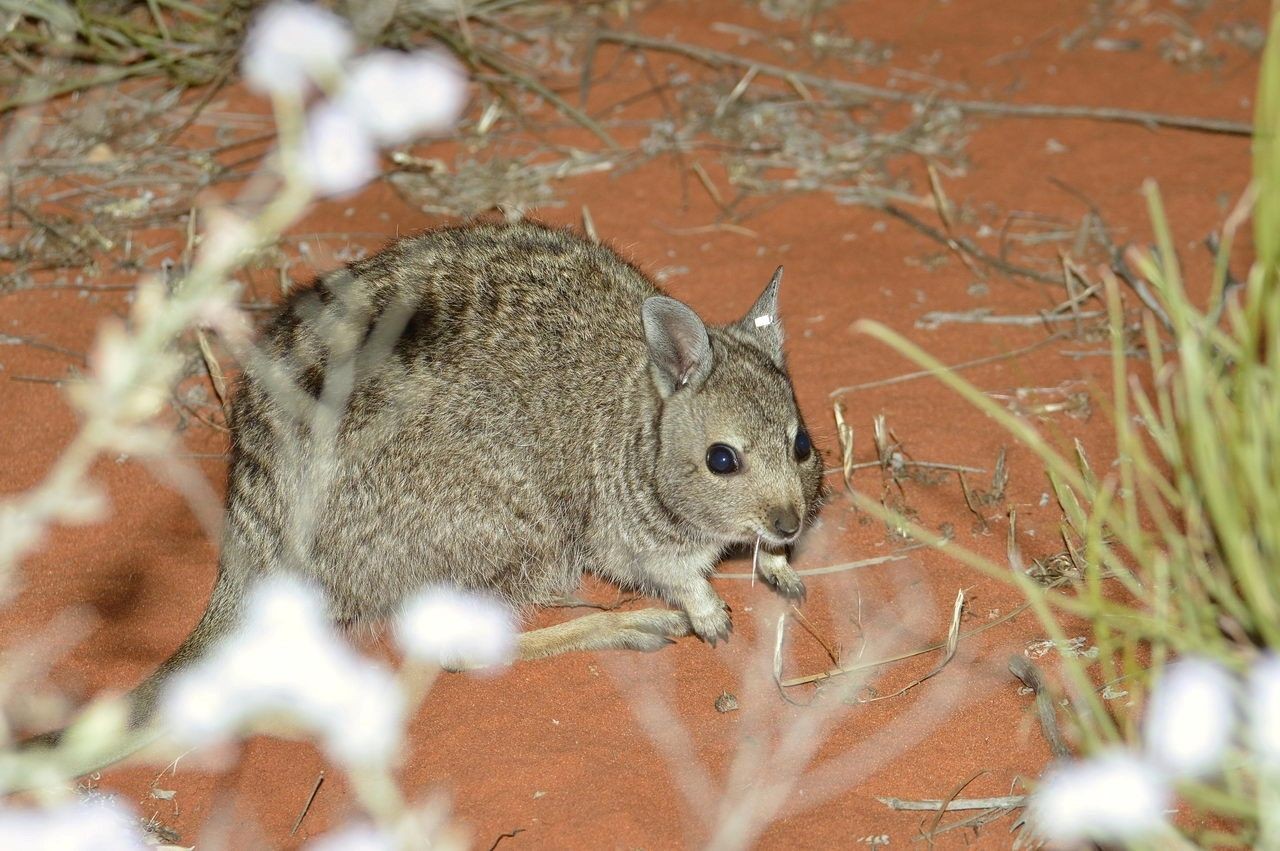 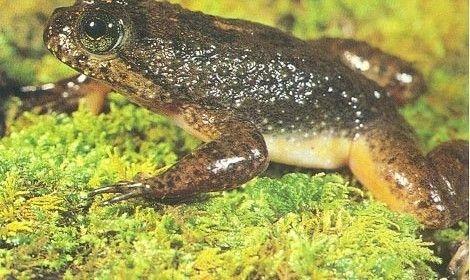 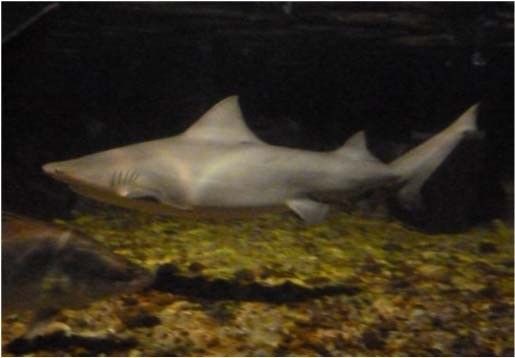 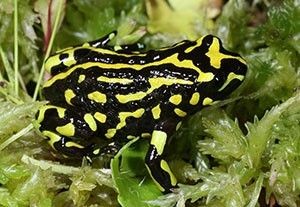 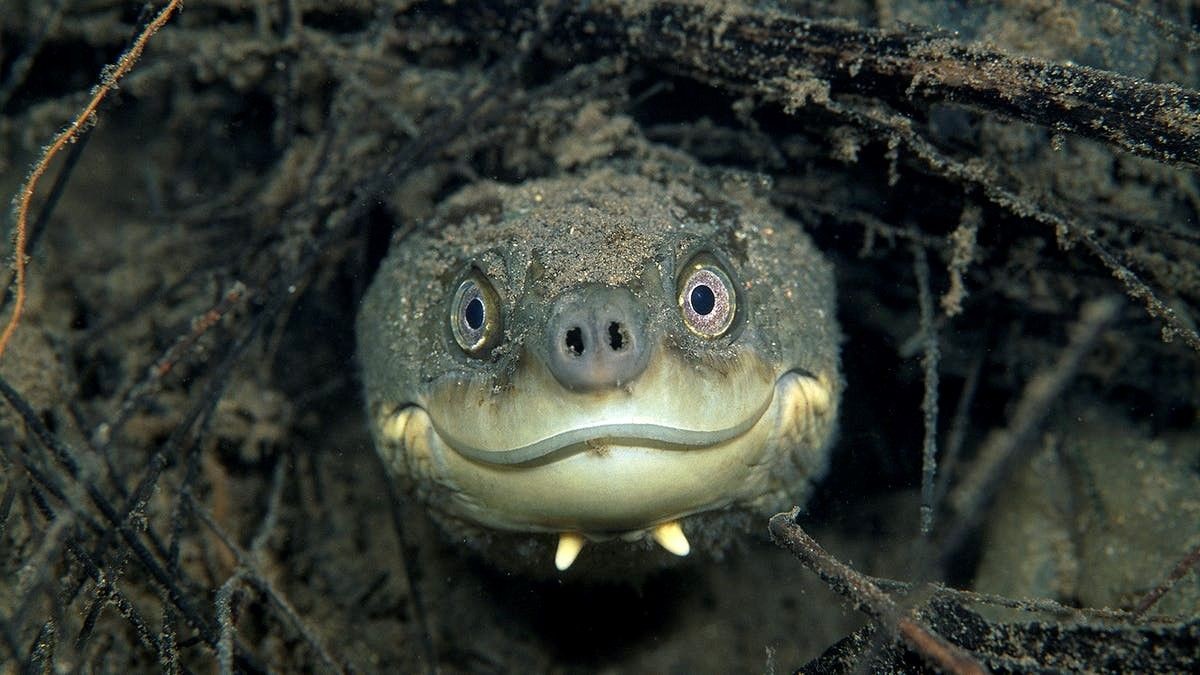 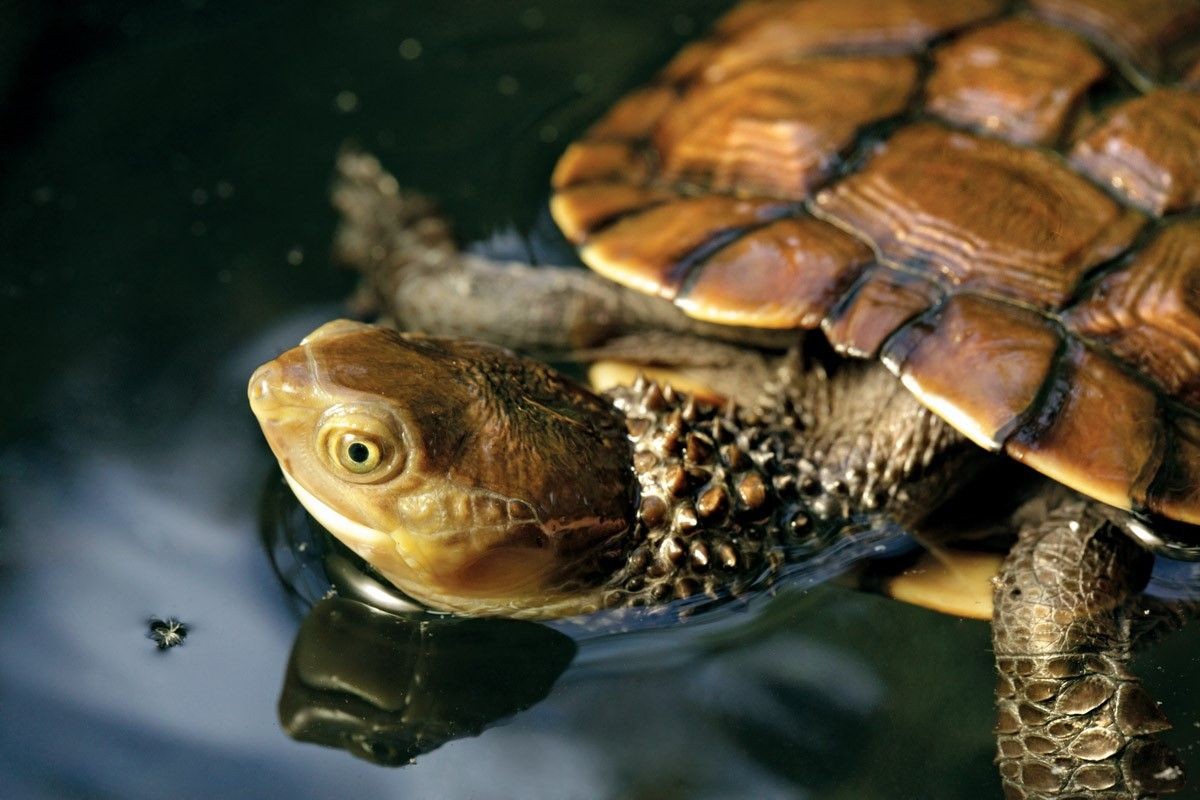 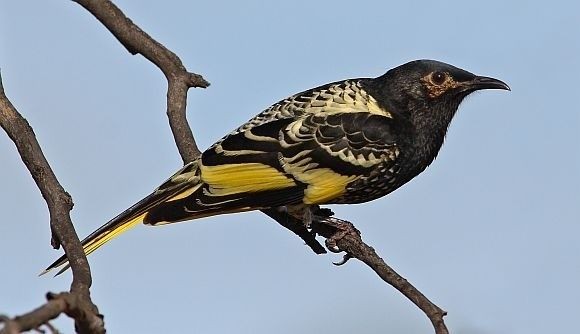 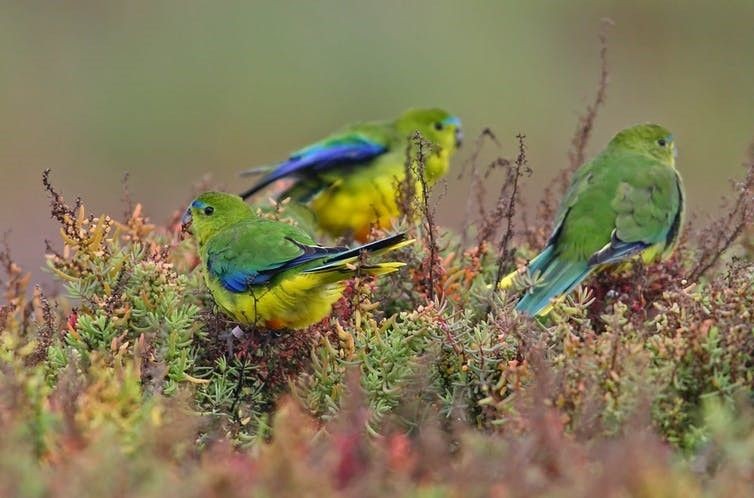 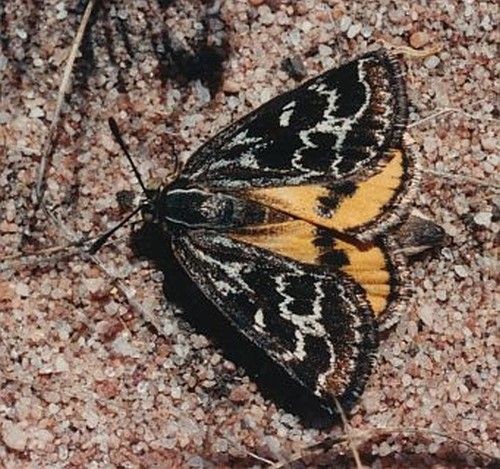 "We are losing species at a similar rate to what we were 200 years ago and it's fast, as fast as anywhere on the planet," says Possingham, a laureate fellow of the Australian Research Council, adding that populations of threatened species are declining at a rate of 1 per cent a year.

As well as some animal species, Australia's flora is under severe pressure: 37 species have been declared extinct, including the short spider orchid, Maiden's Bush-pea, the bridal flower and Daintree's river banana. (to name just a few). There are 1336 species of flora listed as threatened, including 191 that are critically endangered across the continent.

The continent's initial wave of extinctions surged initially due to hunting, rapid urban and agricultural expansion for the burgeoning wool industry as well as the introduction of domestic cats, rabbits and foxes. Black rats ravaged island habitats.  The images below are of extinct Australian species: Frogs - 4 species, Birds -  22 species, Mammals - 27 species, Lake-Pedder earthworm.

Then governments introduced policies to speed up the process. 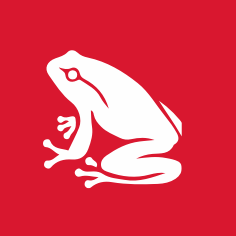 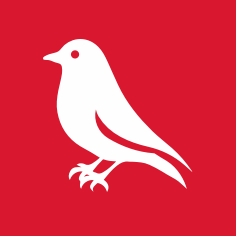 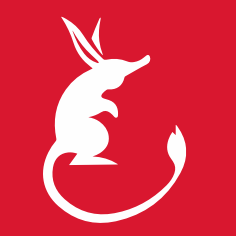 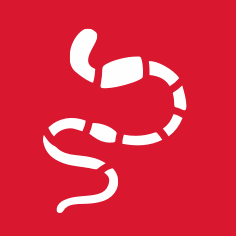 Why did we pay to kill millions of marsupials?

In the 1800s, NSW and Queensland devised laws first incentivising, and then actually mandating, killing of native marsupials. The laws were enacted to deal with the perceived competition for feed between livestock and kangaroos and wallabies as well as smaller mammals such as bandicoots, quolls and potoroos. The first payments for dingo (dogs native to Australia) scalps were offered in the 1830s. (Foxes, which were introduced in the 1870s, were also made eligible for bounties.)

Between 1877 and 1930, more than 27 million animals were killed in Queensland under the bounty system established by the Marsupial Destruction Act.

What else has caused the extinctions?

Australia's rate of extinctions is expected to continue on the same trajectory due to ongoing land clearing, habitat degradation, bushfire and continued pressure from cats, foxes and other feral animals such as deer.

Government policies have shifted over time but habitat loss from urban development and agriculture have remained mainstay threats. According to the CSIRO, habitat loss from land clearing is a primary driver of biodiversity loss in Australia.

About 8 million hectares of threatened species' habitats were cleared between 2000 and 2017 but 93 per cent of these were not assessed under the legislation, despite the powers existing to do so. 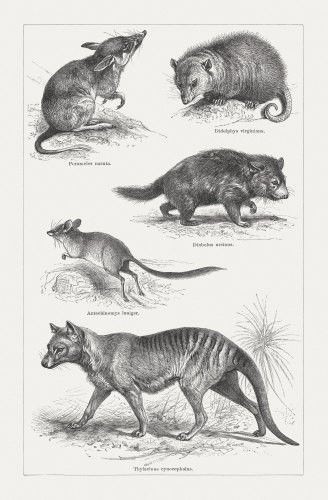 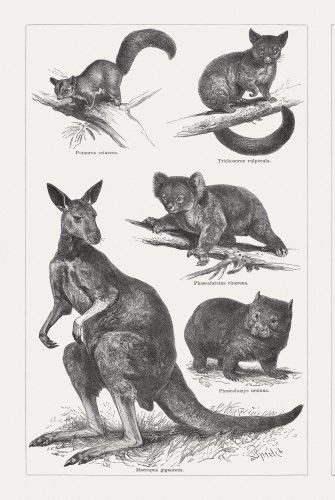 What are the next big extinction threats?

The Black Summer fires dramatically increased the scale of immediate environmental risk with nearly 10 million hectares of the eastern states torched after years of prolonged drought.

After the fires, the Threatened Species Commission, which was set up under the 1999 laws to advise the federal Environment Minister, identified 119 animal species requiring urgent intervention to prevent extinction, including 17 birds, 20 mammals, 23 reptiles, 16 frogs, 22 crayfish, 16 species of fish and five insects or spiders. And now climate change is expected to increase the risk of extinctions.

"Climate change is a threat multiplier," says Macquarie University climate scientist and biologist Professor Lesley Hughes. "As the temperature continues to rise and we get more heatwaves, droughts and bushfires, threatened species will be in an even worse place than they are now."

A CSIRO study quantifying extinction risk estimated that climate change would increase the rate of losses about five-fold, with 10 birds and seven mammals becoming extinct in the next 20 years "without purposeful intervention".

Alongside land clearing, invasive species of flora and fauna pose the greatest risk of further extinctions in native animals.

Of all the introduced animals such as the deer and the rabbit to Australia the "Cat" has become the most destructive:

Feral and domestic cats continue to wipe out small native animals, killing more than 1.5 billion native reptiles, birds and mammals a year, according to the Threatened Species Recovery Hub. Feral cats have established self-sustaining populations across the country. They inhabit 99.8 per cent of the continent and currently pose a threat to many threatened animals including bilbies, numbats, parrots, possums and lizards.

Of Australia's 29 mammal species that have become extinct, cats have been the main contributor to 20 of them. 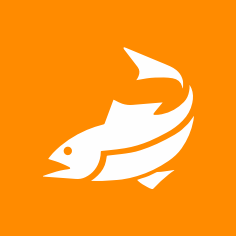 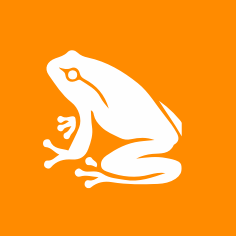 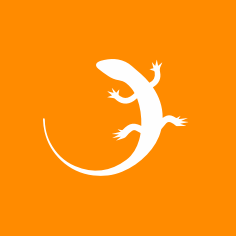 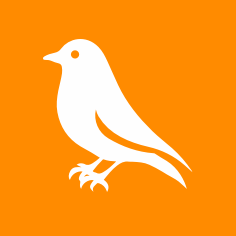 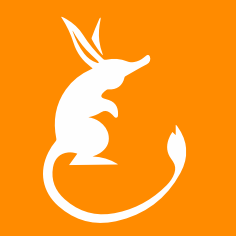 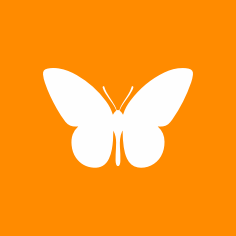 Dear reader If you have read this far, I invite you to revisit one short quotation from Pope Francis's Letter to the world – Laudato Si- which challenges all of humanity to a profound interior conversion by renewing our relationships with God, one another and the created world and especially to address the ecological crises planet earth faces such as the ones in this article.

"THE basic problem is the way that humanity has taken up technology and its development according to an undifferentiated and one-dimensional paradigm. This paradigm exalts the concept of a subject who, using logical and rational procedures, progressively approaches and gains control over an external object

Men and women have constantly intervened in nature, but for a long time this meant being in tune with and respecting the possibilities offered by the things themselves. It was a matter of receiving what nature itself allowed, as if from its own hand.

Now, by contrast, we are the ones to lay our hands on things, attempting to extract everything possible from them while frequently ignoring or forgetting the reality in front of us. Human beings and material objects no longer extend a friendly hand to one another; the relationship has become confrontational.

This has made it easy to accept the idea of infinite or unlimited growth, which proves so attractive to economists, financiers and experts in technology. It is based on the lie that there is an infinite supply of the earth's goods, and this leads to the planet being squeezed dry beyond every limit.

It is the false notion that "an infinite quantity of energy and resources are available, that it is possible to renew them quickly, and that the negative effects of the exploitation of the natural order can be easily absorbed".

In the famous children's book "Alice in Wonderland" by Charles Dickens,

Alice encounters a Dodo Bird and his animal friends who were swimming in a pool of her tears. The Dodo decides that they all need to dry off , so he a recommends a caucus race. There are no rules; all of the participants run haphazardly around in no particular direction, and everyone wins.

This could be a metaphor for our planet and in particular the people of Australia. U-Unless we care for our Fauna and flora, they could all end up like the Dodo. And we might have to change our names from Australians to "Doudos" and we will no longer be living in Wonderland, but La La Land 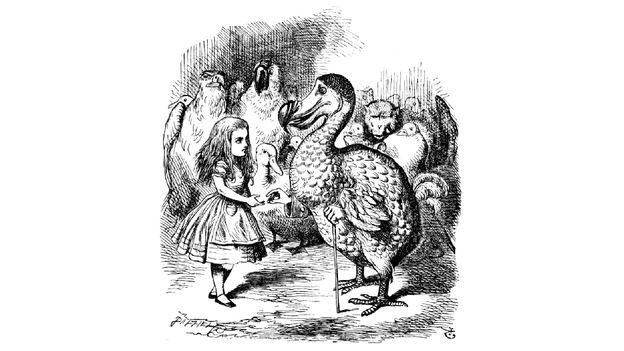