Fr Paul Sullivan sm, Director of Marist Mission Centre, has worked for many years with the Indigenous People of Australia.  He recently gave some input to our Marist Commission for Inter-Religious Dialogue.

Paul began by quoting the work of W.E.H. "Bill" Stanner CMG, an Australian anthropologist who worked extensively with Indigenous Australians. Stanner quotes an Aboriginal elder as saying: "White man got no Dreaming - Him go another way"; and he quotes Captain Cook's Journal: "they do not have the things that we have for contentment, for example …. …… and ………… yet they have contentment' …..'what we need for contentment – they regard as superfluities'. Stanner claims that Aboriginal culture is the least materialistic he had come across as an anthropologist, and yet it was the most life oriented, and profoundly different. 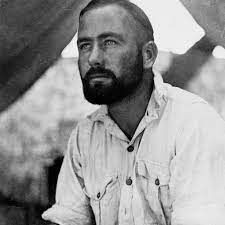 W.E.H. "Bill" Stanner
The Senior Australian of the Year Award – 2021 – was given to Dr Miriam-Rose Ungunmerr Baumann AM. Miriam Rose is an Aboriginal activist, educator and artist of the Ngan'gityemerri language group. She is the first Indigenous teacher to work in the Northern Territory; and the founder of the Merrepen Arts Centre, and the owner of Rak Malfiyin Homeland. Miriam Rose is known for her exposition of Dadirri : 'Deep inner listening', this experience is in the name of her People, and she believes it is a Gift on offer for the People of Australia [and All People] – to listen to the sounds of the Deep Spring which wells up within from a place of Stillness and Waiting within oneself, and in nature. 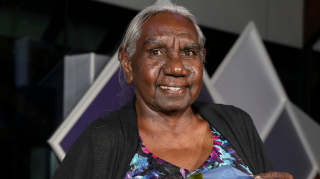 The word 'Dreaming' or 'Dreamtime' is used to represent Aboriginal concepts of Everywhen, during which the land was inhabited by ancestral figures, often of heroic proportions or with supernatural abilities. These figures were often distinct from gods, as they did not control the material world and were not worshipped but only revered. In the Dreaming, the past, the present, and the future become here, in the now of participation, which creates unity of mind and of one heart.

In the Aboriginal world view everything and everyone is interconnected & interrelated – Spirit - Earth-Story-Law. Each of the 250 language groups in Australia have their own stories, their own corroborees in and through which they interpret life and its meaning. Each person finds their identity by interconnected through marriage. 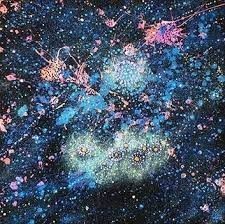 An Aboriginal Artist's depiction of The Dreaming

What is most real in the Aboriginal Way is participating in spiritual realities. In the Western way what is most real is enlightenment through reason of the individual – which is seen as leading to progress. The Catholic way can connect with the Aboriginal way since what is most real for Catholics is participating is sacred mysteries, which form the People who are a Communion of Pilgrims. Pope Francis calls us to the Synodal Path of communion, participation, and mission. He tells us that the individual as the organizing principle is no longer sustainable. Relatedness is the organizing principle of the universe. This truth is also explored by people such as Barbara Holmes, in the African-American tradition in her well-known podcast 'The Cosmic We' which goes beyond race and racism to consider relatedness as the organizing principle of the universe, exploring our shared cosmic origins though a cultural lens that fuses science, mysticism, spirituality, and the creative arts.

Aboriginal depiction of Madonna and Child

For the Aboriginal People the earth and the heavens are the sacred texts - like our scriptures they tell the sacred stories. Sacred Stories, grounded in the earth and the stars, are retold in ceremonies, art, and paintings. They tell of creation, of meaning, of life and morals. Spirit-culture is ever-present. Sacred sites contain sacred stories and meaning. The land is Mother Earth. To destroy sacred sites – is like destroying our churches and our sacred art.

Culture is a sacramental system. Spirit is revealed in the earth, in relationships, in totems, and in ceremonies which engage the people in singing, dancing, rituals, and painting of bodies. Ceremonies say it with rituals – rather than with words. Culture is also a 'system of indebtedness and obligation' of caring and sharing, at various levels of brother and sister relationships. The introduction of money to this culture of 'indebtedness/obligation'- made the system vulnerable to exploitation in a particular way through the abuse of alcohol.

Stanner says that the structure of the relationship between the second wave of settlers in Australia and the indigenous Aboriginal people can be named as: silence – violence – contempt. Dadirri exposes the limited and restrictive dimensions of our Western Enlightenment mindset. 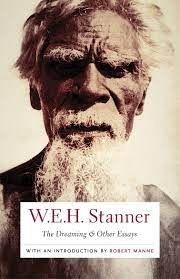 Stanner: 'The Dreaming & Other Essays'

Pope John Paul 11 on his 1986 Visit to Australia, told the Aboriginal-Torres Strait Island People: 'Your culture has been scorched and burnt – yet the sap is within the tree'. Miriam Rose is one of those people who has not only found the sap within the tree, but who is also able to say to the rest of us: 'Find your spirit – it has been smothered…smothered…smothered". Contemplation, the waiting in the upper room, the riches of silence, and the wisdom of the mystics, all line up with the experience of Dadirri - Care of the spirit, care of earth, care of creation, care of relationships, community, family, care of ceremony, art and music, and critical reflection. The Aboriginal People identity with the Story of Jesus – particularly in his suffering, his cross and his death. The call for all of us, who have often unwittingly been on the side of the oppressor, is to be part of their resurrection, and the resurrection of all indigenous wisdom which focuses on inter-connection, and inter-relationship: a recurring theme of Pope Francis, which has its origin, its destiny, and its present moment in our Triune God. 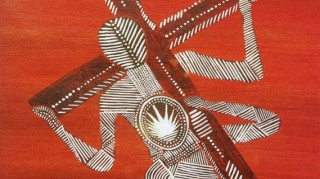